How to write a note to the Western wall

This tradition began several hundred years ago, among the pilgrims, who before return from pilgrimage to Jerusalem, back home, left a note in the Wailing Wall, asking the Creator for protection and health on the way back. Because these time travelers all along the way was beset with many dangers, in the form of bandits, diseases and the elements. And soon began to appear evidence of the miraculous rescue of pilgrims who would leave notes like this. Since then, the people in this way began to ask for health, happiness, success and thanking the Creator for everything given to them. 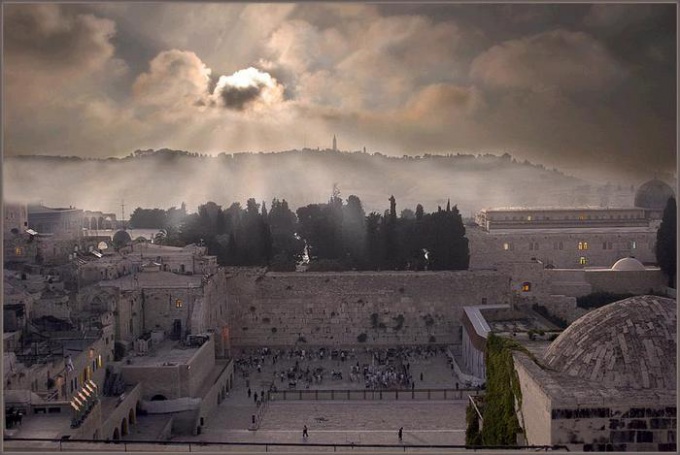 Related articles:
Instruction
1
Write a note on any paper, its cost and size do not matter. Does not matter what you write this message, pen, pencil, felt pen, it can even be printed on the printer. But before you leave me a note sensibly evaluate what you want to ask. You should not ask the tree of pure gold in front of your house, money rain, President or the resurrection of the dead. Miracle is possible, but not allowed in their desires for the line.
2
Write a note in any convenient form and in any language. It is important to only clear statement of your desire and sincerity. Think about what you ask for. Not passed on to the Lord everyday cares, in terms of repair of an apartment or a foreign holiday. Ask for spiritual power and health, so that you yourself can cope with all current and potential problems. After you ask, you will immediately feel a surge of strength and you will see a seemingly difficult task with new eyes.
3
Presentation of requests to the Creator is free, if you find yourself in a situation where I don't know what you do is ask for mercy. Help to appear from an unexpected source, you can simply accept it. It is important not to push it not to ask again.
4
Written leave a note in the crevices between the stones of the Western Wall, found a place. In any case it is impossible to remove someone else's note to put in its place their. Look carefully and you will definitely find a free place.
5
After you left a note, you need to give a small amount to charity. Do not pass by a beggar, who asks charity, make a donation to some charity. It is possible to provide physical assistance to those who need it – give place, give a hand. If you want to get what you've asked, you must show that you are ready to get better.
Is the advice useful?
See also
Присоединяйтесь к нам
New advices