How is commemoration at the offertory

In the Orthodox Church there are several different commemorations. One of those is the commemoration of the living and the deceased before the divine Liturgy at the offertory. 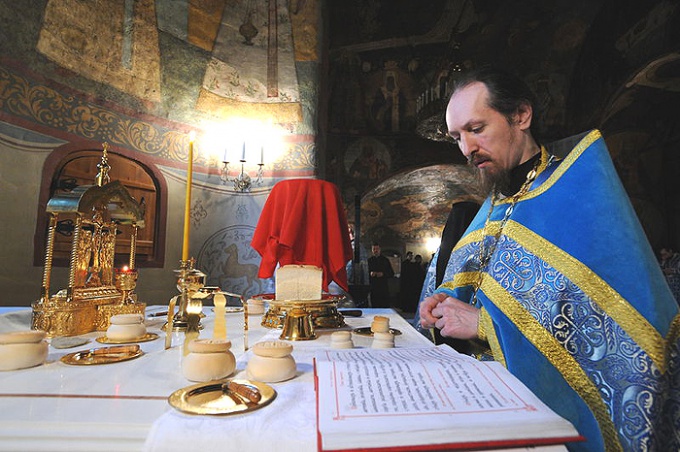 The Liturgy of preparation is performed by the priest at the altar shortly before the start of the divine Liturgy. During the offertory the priest prepares the matter for the sacrament of the Eucharist, which consists in the application to the Holy bread and wine the true essence of the Body and Blood of the Lord Jesus Christ.

At the offertory often used several large prosphora (round cooked bread) and a few dozen small prosphoras. The priest with special prayers, takes out each of the large communion bread particles. First, the host called agnini, since it removed a large particle of bread used at the Eucharist. From other prosphora removed particles smaller in size in memory of the Mother of God, the angels and saints. There are great and special, the host, is intended for removing particles of bread in the memory of the living and the dead. During the special copy of the priest takes out a particle of the communion bread can be a commemoration of people.

At the end of the Liturgy (after communion of the faithful) the priest dips the removed particles to commemorate the living and the dead to the Holy chalice with the words that the Lord by His Blood washed the sins of all polinevrita the offertory the people.