How to get to Sudak

Sudak is a resort city in Ukraine located on the Black sea. This town is the traditional centre of production of the Crimean wines. The population is a little over 15 thousand people. 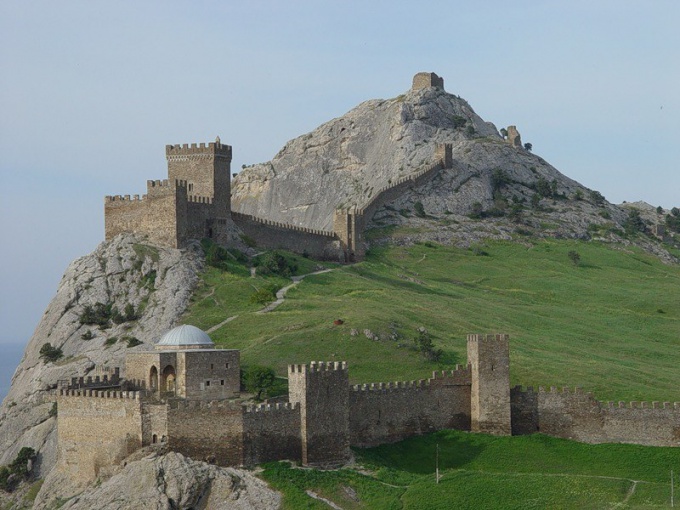 Related articles:
Instruction
1
If you get to Perch on the plane, you have to take the ticket for flight "Moscow — Simferopol". From the airport "Sheremetyevo" on this route flying planes "Aeroflot" and the airport "Domodedovo" flight "Moscow — Simferopol" cruise ships авиакомпаний1 "S7" and "air Onyx". Flight time is from 2 hours 10 minutes to 2 hours 25 minutes — it all depends on the type of airliner and its cruising speed. Arriving from Simferopol from the stop "Airport" should be on the bus to the stop "Bus station-2" and then change to bus "Bus-2 — perch". Alternatively, take the "Bus-2" transit bus "Evpatoria and Sudak". Along the way in both cases is 2 hours and 5 minutes.
2
By train, you have to go from Kursk station of the capital of Russia at the "Moscow — Simferopol". Or take the train "Moscow — Sevastopol" and go to station "Simferopol". The journey time will be about 22 hours. Arriving in Simferopol it is necessary to sit at the bus stop "Railway station" on the bus "Simferopol — Sudak". Along the way will take another 2 hours.
3
Buses flight "Moscow — pike perch", every day depart from the stop "Bus station Novoyasenevskaya". The journey time will be about 28 hours and 20 minutes.
4
You can reach Zander and by car. For this it is necessary to go from Moscow on the track "M2 Crimea" and start moving towards the Russian-Ukrainian border through the Prominent, Chekhov, Serpukhov, Tula, Moscow, Orel, Zheleznogorsk, Kursk and Belgorod. After the Russian-Ukrainian border route "M2 Crimea" will turn into the track "E 105". The first large city through which we must pass, will be Kharkov. After this track "E 105" is necessary to drive Novomoskovsk, Dnepropetrovsk, Synel'nykove, Zaporozhye, Melitopol and Dzhankoi. Then take the road for "E97" through Feodosia. From Theodosia to Sudak to go no more than an hour. The total time it will take to get from Moscow to the pike, from 19 hours 30 minutes to 21 hours and 45 minutes.
Is the advice useful?
See also
Показать еще
Присоединяйтесь к нам
New advices