How to get to Pitsunda

The former all-Union health resort Pitsunda is much potratila former glory over the years when the independent Republic of Abkhazia was at war and was in the international blockade. But in the last few years, when its independence was recognized by Russia, its beautiful beaches and resorts are gradually being restored and once again ready to welcome guests coming to enjoy the beautiful nature of these places. 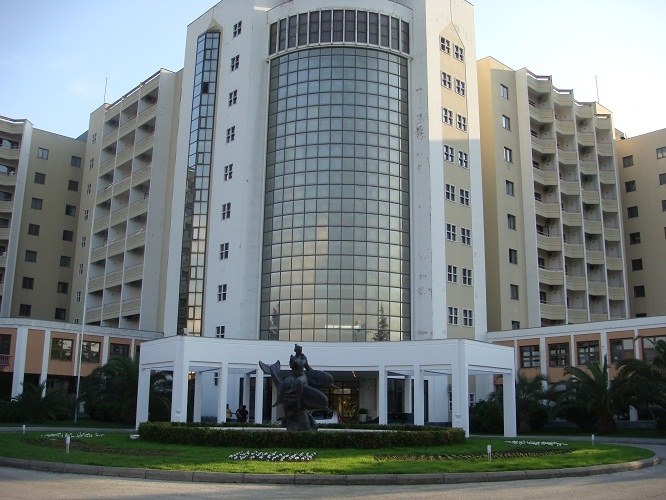 Related articles:
Instruction
1
Pitsunda is located just behind the Gagra, 45 km from the Russian-Abkhazian border. If you use air transport to the border you can get from the airport Adler and cross it, passing customs and border inspection, one of the Abkhazian buses or taxis, arranging delivery travelers wishing to visit the Republic. On the bus and at the bus station in Sochi, with frequent flights to Sukhum, capital of Abkhazia.
2
In that case, when you boarded the bus to Sukhum, warn the driver to stop you for Gagra, on the turn leading from the road to Sochi - Sukhum in the direction of Pitsunda. On this corner you can take a local transport or drive to town, stopping a passing car.
3
Unfortunately, Pitsunda is a little away not only from the Central motorway, but also from the railway, so if you use a train or tractor-drawn carriages of the passenger train "Adler - Sukhum", you will have to leave the station in Gagra, or the next, which is called "Bzpi". From these stations Pitsunda go Shuttle bus and regular taxi. In that case, when you cross the border by rail, border and customs inspection will be carried out directly in the car. You must be a Russian internal or foreign passport, but if you follow children, their birth certificates.
4
In the case when you cross the border in a bus or as a passenger in a private vehicle at the border post where the inspection, you will have to leave and go through his passport. The driver behind the wheel of a car, is searched in the street, along with the car
5
In 2011 began sea transportation on the route "Sochi – Adler - Gagra", they use a high-speed catamaran that takes passengers from Sochi and a half hours, and grounded in the Adler – for an hour. Passport control and customs inspection is also carried out directly on Board the ship.
Note
On the territory of Abkhazia uses the Russian money.
Useful advice
Bank card cash in Abkhazia you take will not succeed, so do it before you cross border.
Is the advice useful?
See also
Подписывайтесь на наш канал