How to get to Batumi

During Soviet times, Batumi was one of the Central resorts of the Soviet Union. But now he came to some ruins, especially after 2008, relations between Georgia and Russia deteriorated. Right now, the number of tourists from Russia increased gradually. Because everyone wants to breathe healing sea air and look at ancient buildings. 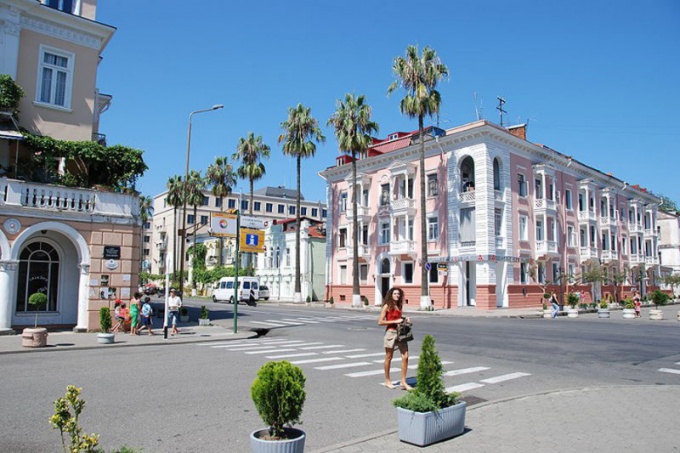 Related articles:
Instruction
1
To get from Moscow to Batumi by rail easy, will have to make two transfers. According to the first variant, you can take the train "Moscow — Baku", which departs twice a week from Kursk station. In the capital of Azerbaijan need to take the train "Baku — Tbilisi", and after arriving in the Georgian capital, buy a train ticket "Tbilisi — Batumi".
2
If we use the second option, after the train "Moscow — Baku" we need to take the bus "Baku — Batumi", which goes once in two days. But this schedule he has only late spring, summer and early fall. In winter, this bus runs no more than once in a week and a half because passengers are very few.
3
There is a third option — after traveling by train "Moscow — Baku" you can change to the train "Baku — Tbilisi" and Tbilisi to Batumi to get on the bus. In all three cases, the road will take at least 85 hours.
4
At the destination can be reached by plane. Times a day from Domodedovo airport fly ships of S7 airlines on the route Moscow-Batumi. The flight duration is 2 hours and 45 minutes. But in the summer of 2014, the flight "Moscow — Batumi" are going to begin to perform the airline "Aeroflot" and "Transaero". It is important to remember that between Russia and Georgia there is a visa regime. But it is simplified, because the visa is obtained directly at the Tbilisi airport. The cost of the visa is 50 US dollars.
5
Some travel from Moscow to Batumi by car. For this we need to travel on the highway M-4 "don" through Tula, Voronezh, Rostov-on-don, Stavropol and Nalchik. Then the road will pass through the territory of South Ossetia, after Tskhinvali. And then you have to enter the territory of Georgia, bypassing Tbilisi and Kutaisi, to get to Batumi. Georgian visa put in the passport directly to the Russian-Georgian border. The cost is the same as at the airport — $ 50. The road from Moscow to Batumi is about 40 hours, excluding stops.
Is the advice useful?
See also
Присоединяйтесь к нам
New advices