How to get to Khmelnytskyi

In the West of Ukraine there is a fairly interesting city — Khmelnitsky. There are many attractions. Chief among them is St. George Church, Cathedral of the Nativity of the virgin and, in fact, a monument to himself, to Bogdan Khmelnitsky. After all, it is in his honor named the town. And I should add that Khmelnitsky — sister three Russian cities — Moscow Domodedovo, Ivanovo and Tver. So to go there informative and interesting. 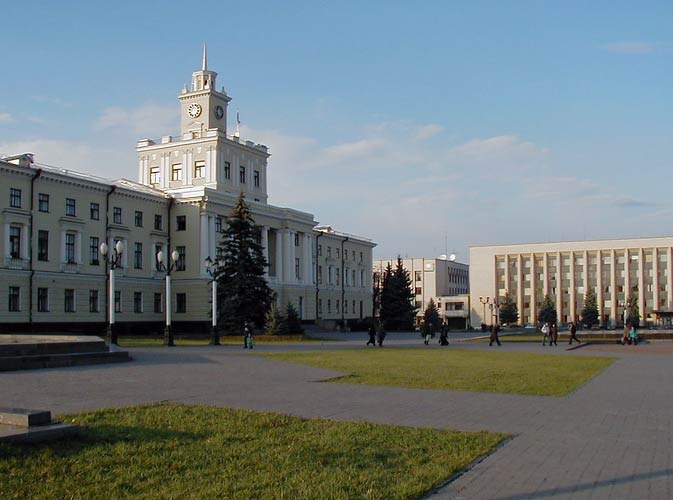 Related articles:
Instruction
1
Unfortunately, flights to Khmelnytsky no, because the nearest airport is in the city of Lviv. And between Lvov and Khmelnitsky in a distance of 245 kilometers, which means more than three hours by bus or car. Therefore, in order to get to Khmelnitsky, the plane not very convenient to use.
2
By far the most optimal and fast to get from Moscow to Khmelnitsky on the long train. All trains leave from Kievsky station of the Russian capital. To get to Khmelnitsky you can use one of two trains that follow the route "Moscow — Budapest", which is about 18 hours. Or go on one of the four long-distance trains "Moscow — Sophia". Journey time is 16 hours and a half. It is also possible to get to your destination, or buy tickets to one of the two trains "Moscow — Lviv", which will be on the road a little over 19 hours. A few years ago allowed a direct train on the route "Moscow — Khmelnytskyi". The journey time is about 19 hours.
3
But if you came to Ukraine and decided to visit Khmelnitsky, the list of cities from which you can reach this village, is quite impressive. This Vinnitsa, Dnepropetrovsk, Simferopol, Zaporozhye, Donetsk, Ivano-Frankivsk, Kamyanets-Podilsky, Kiev, Odessa, Lviv, Truskavets, Chop, Cherkasy, Chernivtsi, Uzhgorod, Kherson and Kharkiv.
4
As for the bus from Kiev railway station you can go to Khmelnitsky by bus. The journey time will be at least a day and a half. The same applies to the personal car. The route runs through the territory of Russia and Ukraine, and there is not the most smooth roads. So the ways in Khmelnitsky by car will also be at least one and a half days.
Is the advice useful?
See also
Присоединяйтесь к нам
New advices