How to get to Malakhovka

Malakhovka is a village in the Lyubertsy district of Moscow region. First mentioned in the wills of Ivan Kalita in the XIVth century. Then the village was the village Malachowski. 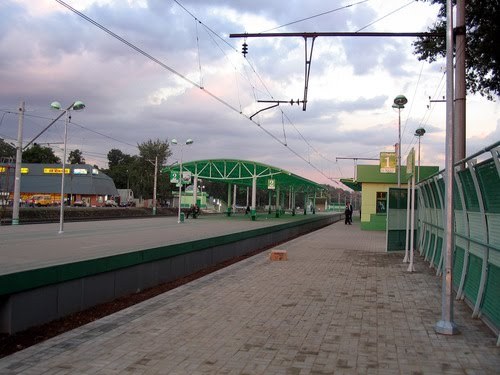 Related articles:
Instruction
1
In Malakhovka can be reached by train from the Kazan railway station and by bus from metro stations "Vykhino" or "Kuzminki". Malakhovka is quite a big village located not far from Moscow, so almost all trains, which follow from the Kazan railway station in the direction of the field stop at this station. Passing Malakhovka by only Ryazan Express. Travel time from station forty - five minutes.
2
From the metro station "Vykhino" until the Malakhovka can be reached by taxi. To find the right stop, sit in the first car from the center, get down from the platform and immediately turn left without going into the underpass. Then he left again. There will be a few stops, which goes to a taxi in the direction of the field. Do you need a minibus with numbers 414 and 463. Go to Malakhovka from "Vykhino" without traffic jams, approximately thirty minutes.
3
From metro station "Kuzminki" to Malakhovka can also be reached by taxi. Need stop is at the exit from the first carriage from the center. In the transition should turn right, then left. To Malakhovka is the bus number 350. Travel time - about twenty minutes if there is no traffic on the Volgograd prospectus.
4
To reach Kansas city by car on the ring road look for the turning on Lermontovsky Prospekt (about 11 km of MKAD). Fold, and go through Zhulebino and Lyubertsy in the direction of the field. When leaving Lyubertsy will be a twist on the Egorievsk highway. Almost immediately the entrance to Malakhovka.
Useful advice
Tagansko-Krasnopresnenskaya line of the Moscow subway where stations "Vyhino" and "Kuzminki" is heavily overloaded. Therefore, in order not to push the car, it is better to go to Malakhovka on the metro only a day, trying to avoid peak hours.
Is the advice useful?
See also
Присоединяйтесь к нам
New advices