How to get to Gagra

Gagra during the Soviet Union bore the proud title of the all-Union health resort, where mere mortals, however, was not so easy to get. Today, the Abkhaz, the city is gradually returning to normal life after the war of the Republic for independence and many years of international isolation. Beautiful Gagra are ready to accept tourists from Russia. 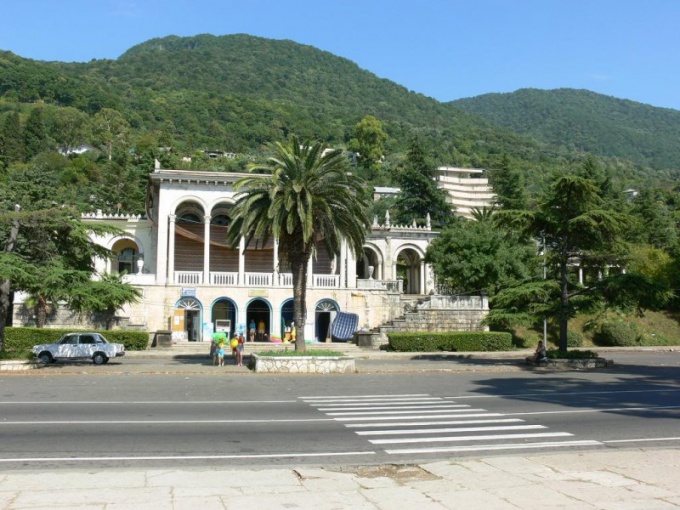 Related articles:
You will need
Instruction
1
Gagra is located in 25 km from the Russian-Abkhazian border and to reach this wonderful city you can water, road or rail, but first you should get to Sochi. In Sochi trains Moscow-Adler, the Adler airport planes fly from Moscow, St.-Petersburg, and in the summer from many other Russian cities.
2
From Sochi marine station in Gagra walks in the morning a pleasure catamaran throughout the year, the only thing that can cancel the trip – storm, but they don't happen very often. In the holiday season the catamaran makes several flights. Passport control you can go right on Board.
3
In the morning, at 7:30 daily from the Adler railway station train "Adler-Sukhum". To Gagra drive 2.5 hours for passport control to leave, you do not need – Russian and Abkhazian border guards check passports right into the cars.
4
If you come to Sochi by bus, take the time to leave from the city bus station in the direction of the Abkhaz border and the checkpoint. It will be easier to wait for the transit flight to Sukhum, to buy a ticket for the bus to Gagra and go for it. On the border of the bus passengers come and go in the building of the checkpoint, where the verification procedure is relatively quick and without delay – 20-30 minutes. Bus station Gagra can be reached in half an hour – from Abkhazia traffic on the highway is not intensive and tubes, in contrast to Sochi, no.
5
If you drive your car, when entering the territory of the checkpoint all passengers must exit the vehicle and proceed to the passport control area. The driver checked with the machine, and then waits for its passengers already on the Abkhaz side. After half an hour you will be able to admire the magnificent architecture here, reminiscent of the colonial style.
Note
Do not forget to remove essential travel amount of cash in ATMs on Russian territory – in Abkhazia there is no ATM.
Useful advice
On the territory of Abkhazia also speak only Russian rubles, no local currency, you do not need.
Is the advice useful?
See also
Подписывайтесь на наш канал