How to get to Abkhazia

In Soviet times Abkhaz ASSR was considered a prestigious place of rest. Warm sea, beautiful subtropical nature, kindness and hospitality of the locals, delicious Caucasian cuisine - all this attracted a lot of visitors. After the collapse of the USSR and the bloody Georgian-Abkhaz conflict, Abkhazia lost its popularity. But more recently, there again began to drive the citizens of Russia, attracted by the opportunity to inexpensively relax in the warm sea. Some of them prefer to get to Abkhazia by railway. 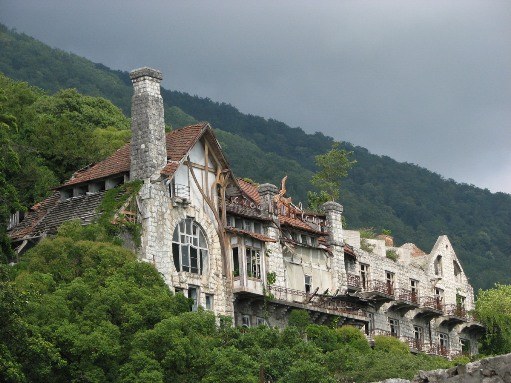 Related articles:
Instruction
1
If you live in Moscow or the Moscow region and want to reach Abkhazia by rail, you need to buy tickets for the fast train No. 305C. They can be purchased at the ticket office, via the Internet, as well as using the TTS - transactional self-service terminals. In the period up to 31 October 2013, this train departs from Moscow every day from Kursky railway station in 15 hours 32 minutes. Travel time is 42 hours and 38 minutes, including Parking for the implementation of border and customs procedures. The train arrives in Sukhum in 10 hours and 10 minutes. After October 31 of a possible change in the schedule, to see that you can on the website of Russian Railways.
2
Back you can come by train No. 306С. He goes from Sukhum daily exactly at 14 o'clock, and arrives at the Kursk station in Moscow in 11 hours and 20 minutes.
3
Before entering the territory of Abkhazia you need to pass the border and customs control. It takes place at the border station Fun, and takes only one hour of time. After crossing the border the train stops again to pass border control at the station Cantrips, car Park takes 30 minutes.
4
After the border on the way to Sukhumi, the train will make stops (except Cantrips) in the towns of Gagra, Gudauta, New Athos. All of these cities in Soviet times, was extremely popular resorts, and the New Athos is particularly famous for the fact that in its vicinity was located in an amazingly beautiful cave, open only in 1961.
5
Residents of the Krasnodar region or vacationers where you can get to Abkhazia by train Adler – Sukhum. He makes regular trips between these settlements in 2011. The train goes from Adler at exactly 7 o'clock (daily) and arrives in the capital of Abkhazia in 12 hours. He goes back in 16 hours and 45 minutes, and arrives to Adler at 21 hours and 40 minutes.
Is the advice useful?
See also
Присоединяйтесь к нам
New advices