How to find the towed car

Very often car drivers face illegal actions of the wrecker on the road. And most of them confessed afterwards that had no idea which agencies to call and where to look for my car. We offer car owners to read a reminder – what to do if without your knowledge changed the location of the vehicle. 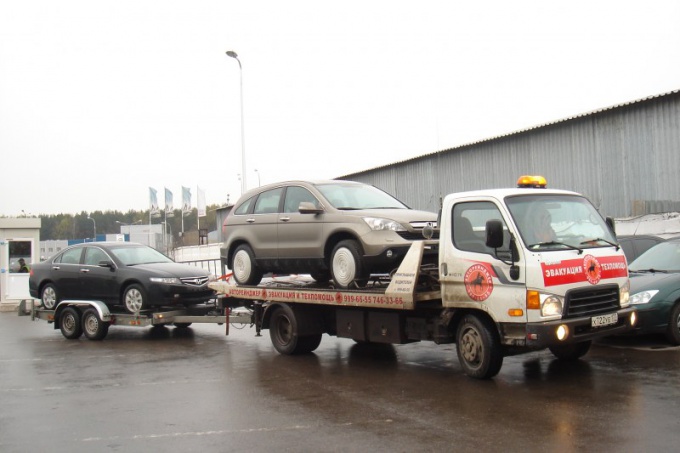 Related articles:
Instruction
1
The first step in the search for the missing car will be examined, whether he was deported or evacuated. Free call in militia by phone 102 or 02 landline device. As the experience of previous years, information about the evacuation of passenger transportation is supplied within hours after withdrawal of the car, maybe later. It should not be forgotten if you are going to say to the police about the theft.
2
Not excluded the tact that the evacuation of your transportation, you first let me know the taxi drivers on duty at all points the work of evacuation of cars. They will offer a certain financial reward for his help to return your car. Decide for yourself whether option is unnecessary wastage for this service or not.
3
If your car was still evacuated, the next step in his return – trip to one of the penalties of Parking DPS. Traffic cops out there during the day give the car owners a return authorization transportation. Only the first will have to pay a fine for illegal Parking.
4
Then go behind the car on special Parking. It is important to note that the car listed for free at the impound only the first 24 hours after the evacuation. From the second day is the hourly wage. Every hour the third day after the evacuation is estimated twice as expensive.
5
Remember - if the machine is evacuated in the presence of the owner, the traffic police is simply obliged to give information about the movement of vehicles. The car is returned after the elimination of reasons for detention. If the car is even blocked traffic, then it must return to the driver on demand, not after payment imposed on services.

If the car, in spite of everything, move in the presence of the owner, he is entitled to challenge this decision. A protest is a higher-ranking employee of traffic police. If unsatisfactory response, the owner of the car has the right to apply to court. Evidence in the case, are any materials or evidence. It would be nice to have time to photograph the car or to find witnesses to the incident.

It is the police required to give evidence in court that the evacuation was forced. This requires the testimony of two people.
Is the advice useful?
See also
Присоединяйтесь к нам
New advices