How to cross the Ukrainian border

To Ukrainian border crossing for those who go to Ukraine from Russia or, alternatively, from Ukraine to Russia, do not need to have a passport. However, the features of crossing the border by land, by air and by sea (through the Strait of Kerch) exist, and they must know and follow. 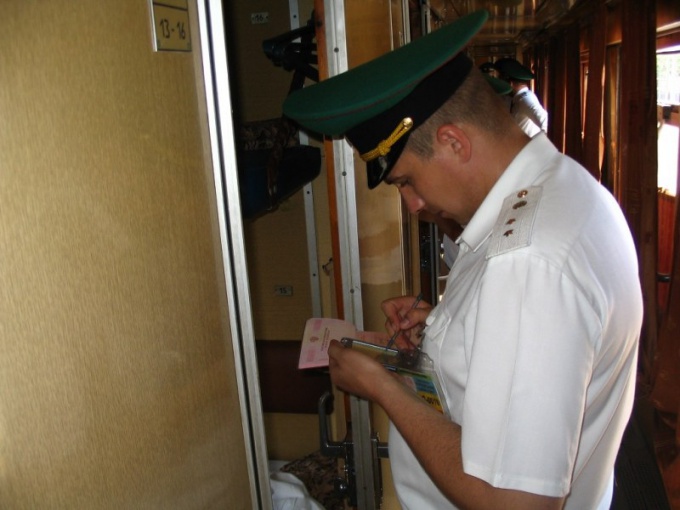 Related articles:
Instruction
1
If you are coming by train

Have control on both sides of the border. If you're heading from Russia to Ukraine, you will first be checked by the Russian border guards and customs officers (even in Russia) and then Ukraine (on its territory). Accordingly, when travelling from Ukraine to Russia all on the contrary.

The border guards will ask you:

- passport (all adults);
- birth certificates of minor children (definitely original) with the mark (stamp) on citizenship or attachment of the card insert on citizenship;
- in the absence of parents (e.g. the child goes with grandma) parental consent to travel notarized necessarily.

Customs officers will ask about that way. Not any of your belongings drugs, highly potent drugs (have a list of allowed and prohibited for import, you can learn them in advance), the hidden currency, etc. They have the right to check your Luggage for drugs and dangerous substances. Sometimes in the car for this purpose runs a specially trained dog.

If you are a citizen of Russia entering Ukraine, you will be given a migration card, confirming the legality of your stay in a foreign country (and, conversely, the citizen of Ukraine, arriving in Russia, will give a migratsionka for the right to stay in Russia). The map should be protected, on the way back it should pass. The loss will have to pay a fine.
2
If you are coming by bus

At the border all passengers will collect the passport and bring the data into the computer. Everything else is similar to crossing the Ukrainian border by train.
3
If you fly

Verification of all documents – passports, birth certificates of children with ear of citizenship and a notarized consent of the child's parents, if he's not travelling with them – occurs in the airports of departure and arrival. There is checked Luggage.
4
If you cross the Ukrainian border by ferry across the Kerch Strait

Check documents and Luggage are also produced on both sides of the border in the port of Kavkaz and port Krym. The list of documents is the same as with other methods of crossing the border via land and air.
5
If you cross Ukrainian border by car (scooter, motorcycle etc.)

At the border you have to go up to the window border controls on both sides of the transition, holding all the necessary documents. Except that which was discussed above, the motorist must produce a driver's license, insurance policy, certificate of registration of m/s, green Card, including Ukraine on the territory of the action. If you're going by proxy, then keep in mind that the power of attorney, written by hand, in Ukraine invalid. It must be a serious document, certified by a notary.

The rest of the procedure of border and customs control is similar to all the other ways of crossing the Ukrainian border.
Useful advice
Although the customs control at the Ukrainian border is often a formality, it is better to prepare for it in order to avoid misunderstandings. Declare, if you have something to declare. On the procedure of import and export things, goods and items from Russia to Ukraine and back, you should know in advance, it can be done in the customs offices or the embassies of Russia and Ukraine.

Keep on the border to your passport, there were no marks (the stamps are put only in the passports).
Is the advice useful?
See also
Присоединяйтесь к нам
New advices