How to find the third side of isosceles triangle

An isosceles triangle is called in that case, if two of its sides are the same. These parties are referred to as "lateral" and the third "the base". To find the length of base can be made several different ways. 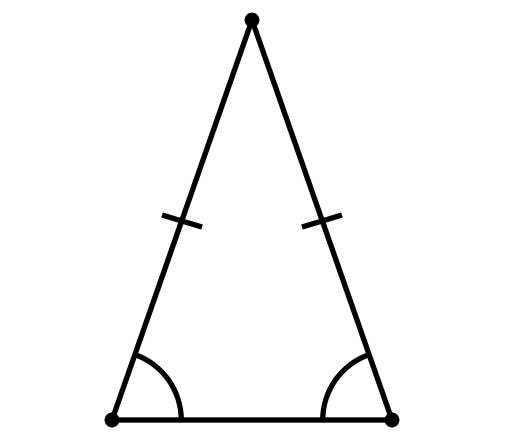 Related articles:
Instruction
1
To find the length of the base of the triangle, whose two sides are equal, you need to know the radii of the inscribed and circumscribed circles, angles and lengths of sides of the figure. Label the information as follows:α - angles opposite equal sides;
β - the angle between the equal sides;
R - radius of circumscribed circle;
r - the radius of the inscribed circle.
2
Indicate the desired direction as "x" and known as "y". However, the letters can be anything (you can even completely abandon the use of symbols of this kind, replacing them, for example, hearts and circles), important not to get confused and to correctly calculate.
3
Use the formula derived from the spherical law of cosines, which States that the square of any side of the triangle is identical to the sum of the squares of other two sides minus doubled the works of these sides multiplied by the cosine of the angle between them. Looks like the formula is as follows:x=y√2(1-cosβ)
4
If you do not want to use the theorem of cosines refer to the theorem of sines, solving the problem using the following formula:x=2ysin(β/2)
5
If the result seems implausible, repeat the operation again. Remember, it is better to check several times the correct result, than to ignore the error. In the end, to carry out the necessary calculations have not so much time. Most likely, you will do the job for five to six minutes.
6
And last, be careful, try to watch not only what you write but how you do it. Mathematics often do not pay attention to such things as making written decisions, as a result, they often have to redo it all over again, because even a small mistake on the sheet, covered with small icons to find extremely difficult. Appreciate your work!
Is the advice useful?
See also
Показать еще
Подписывайтесь на наш канал