How to find third side of triangle

A closed geometric figure with three angles of non-zero magnitude is called a triangle. Knowledge of the sizes of the two sides is not enough to calculate the length of the third side, we should know the value of at least one of the corners. Depending on the mutual arrangement of the known sides and angle for calculations should apply different methods. 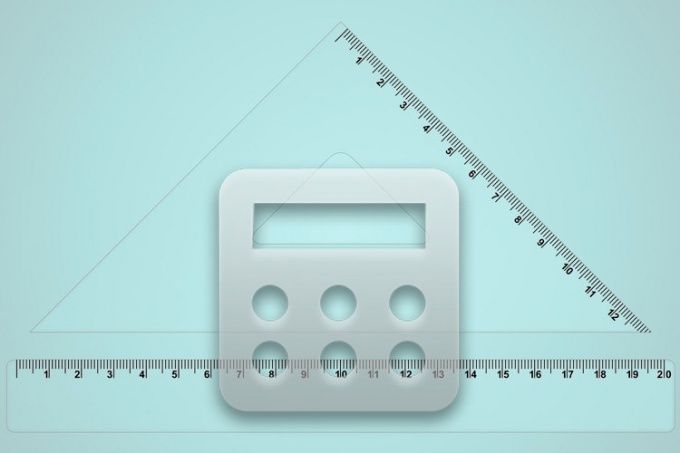 Related articles:
Instruction
1
If the conditions of the problem except for the lengths of two sides (A and C) in an arbitrary triangle is known and the angle between them (β), then apply to find the length of the third side (B) the theorem of cosines. First, lift the lengths of the sides into a square and fold the values obtained. From this value subtract twice the product of the lengths of these sides into the cosine of the known angle, and from what remains, remove the square root. In General, the formula can be written as: B=√(A2+C2-2*A*C*cos(β)).
2
If given the measure of an angle (α), which lies opposite the longer of (A) two known sides, then start with calculating the angle opposite the other known side (B). If we start from the theorem of sines, its value must be equal to arcsin(sin(α)*B/A), this means that the magnitude of the angle lying opposite the unknown side will be 180°-α-arcsin(sin(α)*B/A). Following to find the expected length of the same theorem of sines, multiply the length of the longest side to the sine of the angle is found and divide by the sine-known because of the problem of the angle: C=A*sin(α-arcsin(sin(α)*B/A))*sin(α).
3
If given the measure of an angle (α) adjacent to the unknown side length (C), and the other two parties have identical and known according to the problem dimensions (A), the formula will be much easier. Find twice the product of known length into the cosine of the known angle: C=2*A*cos(α).
4
If we consider a rectangular triangle and is known the length of its two sides (A and b), then find the length of the hypotenuse (C) use the Pythagorean theorem. Extract the square root of the sum of squared lengths of the known sides: C=√(A2+B2).
5
If in a right triangle are known the length of one of the legs (B) and the hypotenuse (C), to calculate the length of the other leg comes from the same theorem. Extract the square root of the difference between the built in the squares of the lengths of the hypotenuse and the known leg: C=√(C2-B2).
Is the advice useful?
See also
Подписывайтесь на наш канал