How to learn about the demolition of the house

The General plan of Moscow, calculated up to 2025, involves the renovation and sealing of some areas. Under this plan, to be demolished fall into a five-story building, it is suitable for housing. In other cities, also have their own long-term development plans, are still standing two-, three storey housewhich has become dilapidated, but still not demolished. Life in such homesx unbearable: collapsing ceilings, cracked walls, rotten stage. A dual situation: at home, unfit for human habitation, continue to rot and solid, not requiring demolition, are subject to him. 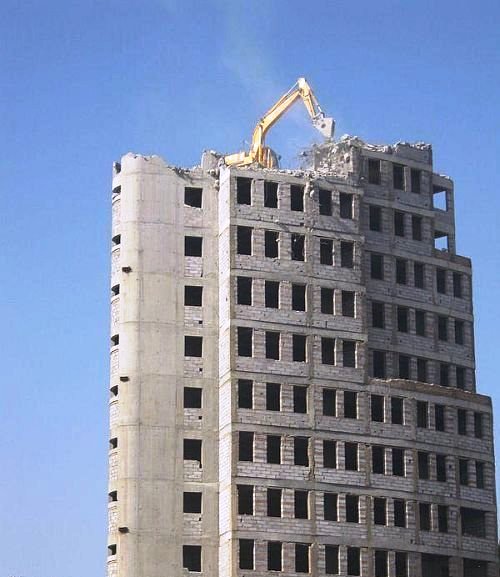 Related articles:
Instruction
1
The town-planning code States that the seal is possible only in the case of the demolition of old houses, but not at the expense of reducing the living space of those who live on this block. Enterprising people who want to make a seal in the prestigious area of the city, under the guise of repaired mask the demolition of houses. Therefore, if your home turn to overhaul, what to rejoice while early. Why? First comes the examination, which your home may be recognized as old, and therefore subject to demolition.
2
The old housing is recognised, the depreciation of which 40% or more. The result is to be demolished and fall of the housethat need new developers. The risk of being demolished is great for those homes that are in areas where demand for housing is high and cost through the roof. The house, located on the outskirts, not interesting in financial terms, so they continue to stand, falling on the heads of their poor tenants.
3
Thus, the main source of information about whether or not the house is demolished master Plan. Officials claim that this document is constantly being edited with the wishes of residents. To see if your house is under demolition, call, better make a written request to the Council or the Prefecture of the city, the Department for demolition and reconstruction. Having received the answer that the house is really in the plan for demolition, organize residents to create a collective letter of protest, if you truly believe that your house is being demolished unnecessarily.
4
Even if you're convinced that the house was soon demolished, every six months call the Prefecture and ask this question. If you faced the fact that the house will be demolished, remember that you have the right to resettle in an apartment in the same block with the same area that you had. You cannot be forced to choose the last or the first floor, you have the right to choose where will be located your new apartment.
Is the advice useful?
See also
Подписывайтесь на наш канал