How to know when you demolish the house

In many regions of our country housing construction is leaps and bounds. Very good changes, but in the media appeared information about the disputes between the organizers of construction and homeowners. How do you determine what houses are being demolished. 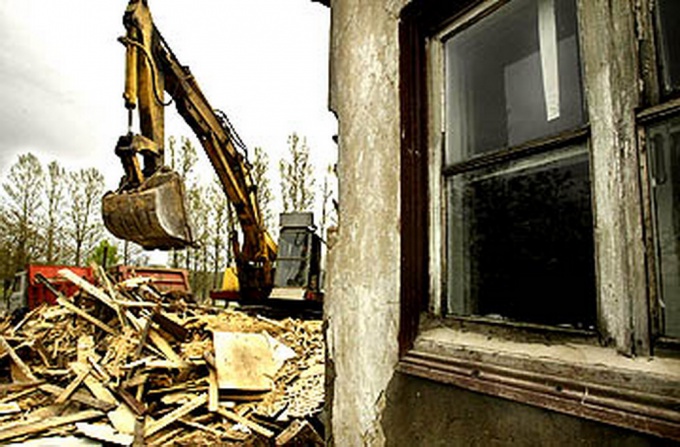 Related articles:
Instruction
1
Know that are subject to demolition from the category of "dilapidated housing". The house recognized the old, if the building has equipment: stone houses - more than 70%, wood is more than 65%. The building does not meet performance requirements. Subject to demolition of the categories of emergency housing. The building is considered an emergency if the supporting structures (walls, foundations), or some of them have excessive damage, deformation and present danger, and assigned to the emergency category. If an emergency condition is a separate bearing part and its collapse will not affect other structures of the building and will not cause changes of living conditions, the building is considered pre-crash. Not difficult to see that the characteristics of dilapidated housing is excessively worn, but it shall not be a threat to the lives of residents, while emergency building with damage and deformation of supporting structures dangerous to life, because at any time may collapse.
2
There are cases that the house is still in good condition, but the period of its construction did not take into account the characteristics of the soil, natural phenomena (landslides, avalanches), which can be the cause of the accident.
This building is considered an emergency and subject to demolition. Under the demolition of fit houses, whose Foundation was a strong deviation. Suitable for demolition and the buildings that came under housing programs that are created for incremental updating of residential premises or for some other development, for example, the highway.
3
The recognition of premises not suitable for living, an emergency and subject to demolition is implemented by a special interdepartmental Commission. The Commission usually calls the service organization, which has custody and the house. The Commission should be represented by title documents or copies thereof on premises, all documents must be notarized, house plan and technical passport. Also, the Commission transmitted the applications, complaints, letters to tenants in poor living conditions.
4
Then call the expert who must confirm or deny the need for such a decision. In any case, to learn whether your home demolished, you must contact the regional authorities.
Is the advice useful?
See also
Присоединяйтесь к нам
New advices