How to get into the Israeli army

The IDF ("CVA Hagana Le Yisrael"), which means "the Army of defense for Israel", was founded a few weeks after the founding of the state in 1948. Many years have passed, but every citizen of this small proud nation was honoured to give back to their Homeland. However, a citizen of another country under certain conditions may also serve in the Israeli army. 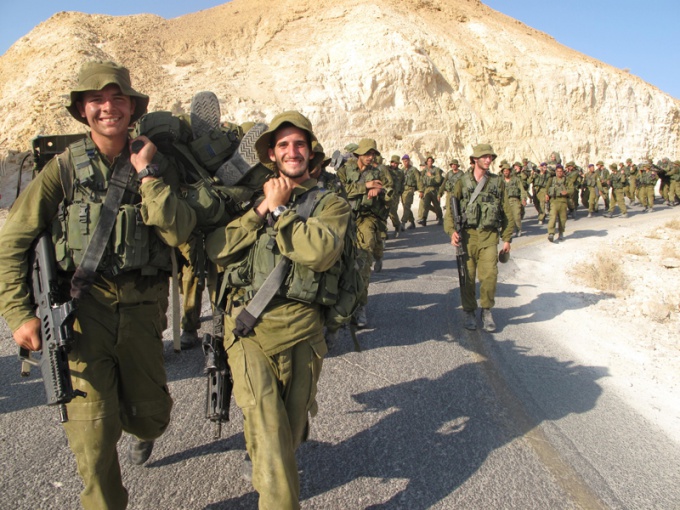 Related articles:
Instruction
1
For many volunteers there are several programs that are implemented by forces of the Mobilization Department of the IDF and the world Jewish Agency "Sokhnut". In the Israeli army as young men and women of Jewish descent, aged 18-25 years, living in any country of the world.
2
To participate in the program should contact the leadership of these organizations or with the local Jewish community, which will tell you where to go in the future.
3
Confirm Jewishness: provide a "ketubah" is a marriage contract of parents, which was concluded by them in marriage. This document is issued in the synagogue, you can contact them.
4
Also provide birth certificate of one of the parents, which clearly indicated his Jewish nationality (identity card or passport of the old sample). In addition, you must seek support and guidance from the Jewish community at the place of residence.
5
If the reference documents are in order and the program guide will come to the conclusion that you do have some right to repatriation, 6 weeks before the appeal you will be invited to enlist in Israel.
6
At the recruiting office must pass a medical examination, the results of which will determine the psychological profile and will be issued a referral to the combat or the rear part of the Israeli army. Then you need to take an intensive Hebrew course.
7
After the call soldiers waiting for the course of the young fighter for 4.5 months in combat units. Remember that volunteers serve in the Israeli army of 14.4 months.
8
Volunteer soldiers can live on the military base, or how many employees are native Israelis, can rent suitable accommodation nearby, because the service in the Israeli army means weekends, days off and even vacations.
9
It is important to remember that "bullying" in the Israeli army – it is a criminal offense, but an unspoken hierarchy is still present.
Note
Before engaging on a voluntary basis in the Israeli army, check with the Embassy of the Russian Federation, will not affect whether service in the army of another state on the Russian citizenship.
Useful advice
According to the laws of Israel, subject to the call of all citizens, including those who have dual citizenship living on the territory of the Jewish state permanently or temporarily resides in another country. This rule applies to repatriated Russians.
Is the advice useful?
See also
Присоединяйтесь к нам
New advices