How to make economical carb

There are many different designs of carb. This device is used to deliver a mixture of fuel and air into the engine. On all gasoline engines used in domestic and imported cars, it is possible to reduce fuel consumption and make the carb more efficient. 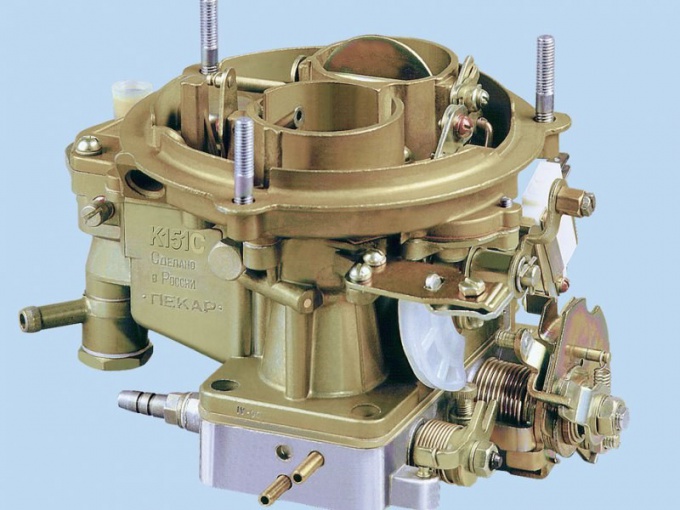 Fuel is supplied through a tube from the tank to the camera. In the float chamber is a hollow brass float and rely on the shut-off needle. When the fuel in the float chamber reaches a certain level, the float rises and forces the needle to close the tube, after which the fuel supply to the carburetor is stopped.

During engine operation, fuel consumed, its level in the chamber decreases, whereby the float drops and the needle opens again the pipe and starts the fuel supply. With this system in the float chamber is maintained a constant level of fuel, and this is very important for proper engine operation and fuel management.
2
In order to reduce fuel consumption in a car with a carburetor type engine, you need to buy in a specialized shop so-called repair kit, nozzle size which is less than the standard carb. Kit for a domestic car is likely to cost much cheaper than branded.
3
The nozzle is used to supply fuel from the float chamber to the atomizer. The amount of fuel depends on the type of the jet, namely its shape and size. Consequently, the smaller the engine size, which is calculated on the jet, the less fuel will be supplied to the atomizer, and therefore the fuel consumption will be less.
4
So, in order to reduce the consumption of fuel in the carb, enough to buy the kit with nozzles designed for a smaller engine size. For example, on the carburetor from the VAZ 21011 with an engine capacity of 1.3 liters, you will need to buy a kit for a Taurus with engine capacity of 1.1 liters
5
After the purchase of a suitable kit, remove the carb and disassemble it. Replace the old jets to the new one which is designed for a smaller engine size. Next, assemble the carburetor and install it in place. With proper Assembly and disassembly of carburetor and installing orifices, the fuel consumption should decrease.
Is the advice useful?
See also
Подписывайтесь на наш канал