How to prepare for service in the army

Military service is a kind of examination, the time when a young boy turns into a brave, strong and completely independently of man. Preparation for service – an important point that should be taken into consideration for admission to the army, where the future fighter will be in the next year or two. 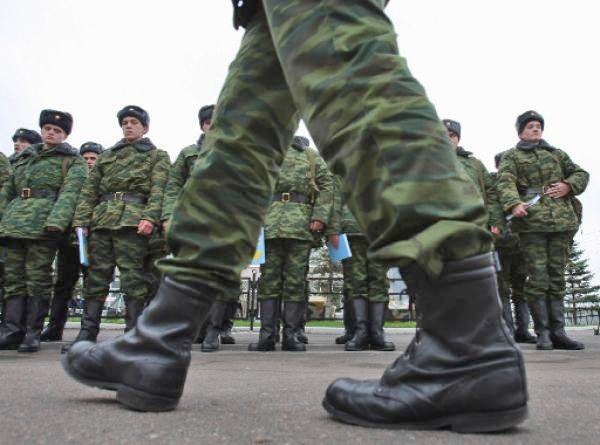 Related articles:
You will need
Instruction
1
Military service is an important event in the life of every young person under eighteen years of age. The army makes young guys independent and courageous personalities. Training service is a range of activities in which each youth of premilitary age will be able to meet the requirements of different troops.
2
Learn to do real military exercises. Charging is required, which expects a young warrior in any of the troops in which he would never had the opportunity to serve. Army charging takes at least half an hour and consists of three parts that together make up a whole.
3
In General, charging divide as preparation:

- warm-up exercises (walking, transition to slow running, General developmental exercises for arms, legs);
- vigorous exercise (exercise with weights, exercise machines and gymnastic apparatus, overcoming obstacles, jumping, crosses of different lengths, but not less than four kilometers);
- the end (slow soothing running when you go walking with breathing exercises and muscle relaxation).
4
Test and evaluate force readiness. The armed forces have special requirements and set standards to test the strength and endurance of the young fighter. To do this, four test exercises:

- pull on the bar (7-12 times);
- backflip (5-10 times);
- lifting a 24 kg kettlebell without rest (26-40 times for various weight categories);
- integrated the exercise of force – the maximum number of trunk bending from the initial position lying on the floor to touch the hands of socks for 30 seconds followed by bending and straightening the arms in emphasis lying (40-48 times).

On the basis of well-being after performed exercises make a conclusion about the need to practice more or less often.
5
Discipline yourself to a regime. Get up early (5-6 hours), go to sleep and eat always at the same time. To sleep spend at least eight hours.
Useful advice
Start to prepare for service in the army less than six months before enrolling in the ranks of troops. And then problems will not arise.
Is the advice useful?
See also
Присоединяйтесь к нам
New advices