The pros and cons of military service

The army has always been considered a school of life for men. Service in the armed forces was associated with vitality, courage and bravery. Currently, the degree of respect of the society towards the army decreased slightly due to the negative processes taking place within the walls of military barracks. 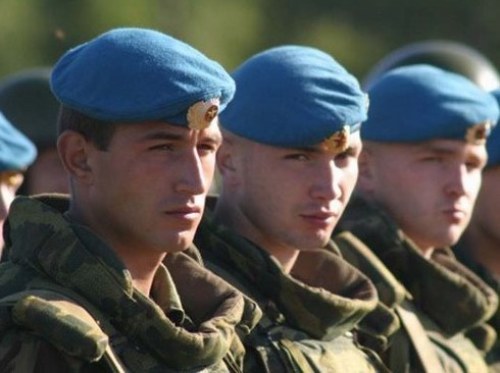 Related articles:
Young men, subject to call, and their parents anxiously waiting for the summons from the recruiting office, - what kind of life awaits the rookie away from home? As in any business, in military service has its pros and cons.

The advantages of army routine

The army is primarily a discipline, when the whole day is painted on minutes. Today's youth are in the majority does not adhere to the order of the day. Not all young people in the civilian sector can boast that every day go to bed at the same time. Food in military canteens even without culinary delights, but healthy and nutritious. Sport is one of the main components of the military service. Performing forced marches, engaging in sports equipment and simulators, the fighters become stronger physically.

And that is important - a young person for a year of service Matures psychologically. A young man learns to think, analyze the situation and draw the right conclusions. Military service is a good test for the warrior, his friends and his girlfriend on the test of true friendship and strength of feelings. Besides, in the army you can get true friends: about the reliability of military brotherhood even composed songs. During the service people, if you want, becomes good habits, become more sociable and able to understand people.
Psychologists say that any situation is perceived depending on the inner attitude. If a young man joins the army with confidence that the year of service just removed from life, waiting for him in the army some disappointment.

Own opinion of a fighter nobody cares. Skill to carry out the orders of commanders unconditionally and without discussing, given many young people is not easy. Causing an outcry from the new recruits the principle of collectivism, when all responsible for the wrongdoing of one.
Unnecessary work – business as usual for the army. Commanders to take soldiers sometimes come up for them meaningless tasks. Sometimes officers use soldiers as free labor to private farms.

Most recruits and their parents afraid of the hazing in the army. Unfortunately, hazing in the Russian army are present. Although at present, the bullying became less threatening. This is due to reduced service life and control of the various public organizations.

The youth of premilitary age, remember that to prepare themselves for service in the army have psychologically no less than physically. Then cons in military life will be much less than the pros.
Is the advice useful?
See also
Показать еще
Присоединяйтесь к нам
New advices