How to behave in the army

Army – of course, a very important stage in every man's life. Of course, getting there is destined not for everyone, but for those "lucky" who was taken, you need to know certain rules of behavior to help endure all the hardships and privations of military service. 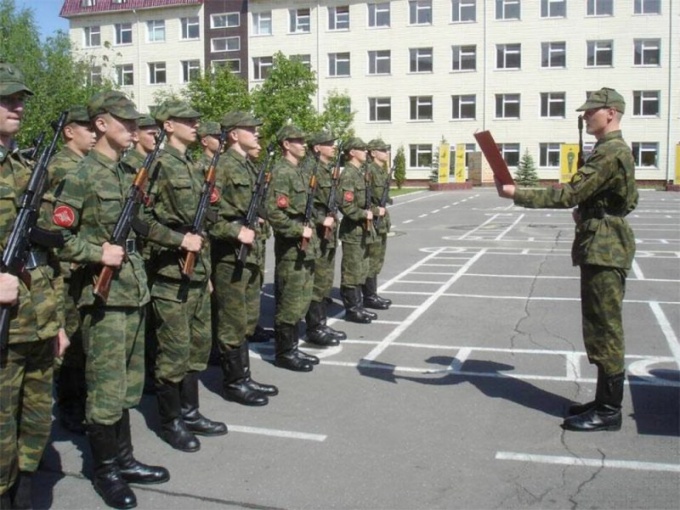 Related articles:
For a need to begin to follow before the actual stay in the army. On the wires, try not to drink a lot, but it is better to refuse alcohol.

Leaving the service, don't dress pretentious. Select some casual clothes. Wealthy in the army not very much, and it can greatly affect relationships with other recruits.

Arriving in the part, try as soon as possible to find friends. Even better to find a countryman that could help and protect in the most unpleasant cases. Should not boast about their achievements, especially if you are a good sportsman or able to play the guitar. "Santa" can get you in the test.

The sooner you will understand how to construct orders in your part, the better. Then your address will be flying much less profanity and threats. If you of all newcomers have chosen to trips to the store, that is a huge plus, as the "grandfathers" began to trust and set you apart as a savvy.

Do not think that you have been appointed to the role of errand boy, is a misconception. The main thing - "grandfathers" not to fail, then the service will be much easier.

Constantly check your appearance. You can seriously get divorced button, for example. If I saw that from a friend that something is not right with the appearance – be sure to tell. In General, help others and be the first to lend a helping hand. In any case, not crevices on other guys with your appeal.

Try to quickly learn all the ordinances. This will save you from unnecessary problems and give some legal protection.

If the army you became intolerable, we should not lose heart or, especially, "stokecity" on the other. This could be the biggest mistake: the whole environment will be very negative to you, and further service impossible. In this case it is better to ask to transfer you to another unit, but it may not save the situation. On another place of service you will be asked why you transferred.

In the army not to touch people, able to defend his honor and dignity. If people can't fend for themselves in the civilian world, and in the army it is necessary evil. So better prepare for the service, configure your courage, bravery and to learn self-defence. Of course, the recent "bullying" is becoming weaker, but she is still there.

In the morning, eat fast and don't beg for Supplement. Such hate, because in the army no one eats.
Is the advice useful?
See also
Присоединяйтесь к нам
New advices