How arrange farewell to the army

Since ancient times the people had a tradition to escort the young man into the army. And this is no accident, because the service has always been quite a test. Fun seeing friends and relatives help a young person to get started. 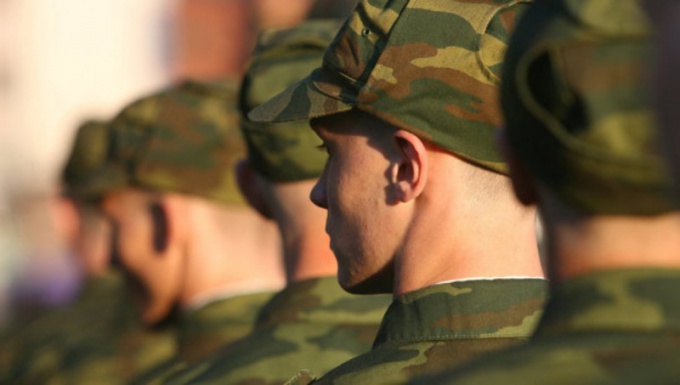 Related articles:
Instruction
1
In order not to upset the recruit the little annoyances, you need to make seeing the army happy and joyful. This event should gather all of his best friends, good friends, classmates and relatives. Friends, his girlfriend and the mother of the young man need to restrain himself without showing your sadness and tears. After all, at this point, future soldier is much harder. He will need a long time to leave home and get into the unusual atmosphere. Future worries the guy and keeps him in suspense. It is therefore important to help him calm down and relax for at least this evening.
2
To organize farewell to the army is not so simple. This event will require a considerable amount of money on the Banquet, as well as transportation costs. Here much depends on its location and the number of invited guests. However, you must remember that the wires cannot be turned into a regular feast. In addition to the celebration in the trendy restaurant/café, you can organize a Banquet at the country or even at home. If the wires will be held in the summer, the option of a cottage would be preferable, especially if there is a river or a forest and there is a possibility to cook outdoors barbecue.
3
Meals on seeing the army may be different, depending on your finances and time of year. Definitely need to cook the dish which is more like a rookie because he's not going to be able to eat them. And, you can cook a pot of barley, so the audience tried a spoon of the army porridge. Do not "overload" the young people alcoholic beverages, it is better to let more guests dancing and having fun in contests. The appetizer usually cook the chicken with vegetables, lots of salads, fish dishes and kebab. For dessert, just get fruits and sweets. Importantly, the meals were delicious.
4
The recruit should be put in the place of honor, so he saw all those present, and next to place parents and most important guests. The oldest of those present should say the first speech, addressing rookie in a nice way. Very well, if he himself had fought before or has awards for his service. Then the rest of the guests can also give the guy your advice. Not interfere on the celebration and jokes, the contests that will allow you to lighten the atmosphere with fun and laughter. During the event let the music plays. Modern compositions should dilute the old songs that are traditionally heard on the wires in the army: "don't cry, girl", "two winters", "How dear mother accompanied me" and of course "Katyusha".
5
In different areas have their own traditions and rituals that are associated with this event. For example, some ask future soldier hang a ribbon on the wall. It will symbolize that little bit of guy will stay here. Only he, upon his arrival to his home, is able to remove the tape from the wall. Sometimes the parents of the recruit trying to throw coins in the moving bus. To put on the form before his departure for the army is usually considered a bad omen. Even if it asks to do a best friend to be photographed, should he refuse.
6
While seeing the army guy give a piece of loaves, and the remainder wrapped and clean until he returned home. Soldiers then he takes it out and finish. Also today revived the tradition, when on the eve of sending of recruits in army, his family visits the local temple. Blessed future soldier on the road, all going to the recruiting station. According to tradition, seeing the army completed the return of all the mourners guy in his parents ' house.
Is the advice useful?
See also
Показать еще
Подписывайтесь на наш канал