How to respond in the army on issues

Army - armed forces of the country. Its objective is to conduct attacks, protection, cover, invasions and expeditionary intelligence activities. Service in the army is constructed in accordance with the Charter of the Armed forces. Rules of appeals to the military and their answers spelled out in the Drill regulations of the Armed forces. 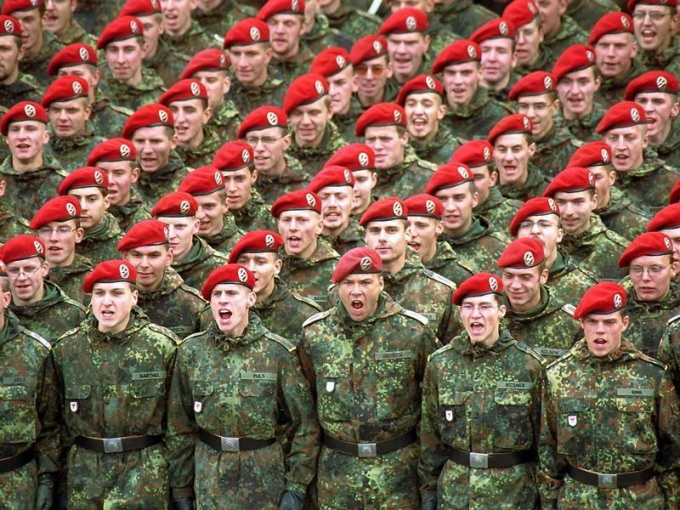 Related articles:
Instruction
1
If the meet is senior in rank, you must greet him first. In the presence of a headdress straight brush with fingers locked in put his hand to his head. If the headdress is missing, the greeting is made by taking drill position.
2
According to the Statute unambiguous on the question, the answers to which could be followed by either "Yes" or "no", you must answer: if the answer is "Yes" - "Yes, comrade (title)", if the answer is "no", "no, sir, comrade (title)".
3
If asked as a knowing, able to deliver information to you asking you should answer: "You got it, comrade (title)".
4
In the case of giving you the job answer Is/Yes, my friend (the title)".
5
If you don't know the answer to the question, give a brief answer: "I can not know, comrade (title)".
6
Provided that you are standing in line and you asked the chief of military rank and last name, give a brief answer: "I", if the boss asked you only to military rank, in the answer name your position, military rank and surname. The position of weapons do not change the hand to a headdress, do not apply.
7
In the derivation of a soldier out of action commanded. For Example, "Private Petrov. Break down into so many steps" or "Private Petrov. To me (run to me)".In this case, answer, "Present." On the first team marched go down by a specified number of steps, counting from the first row, stop and powernotes face to the ranks. At the second command, making a step or two from the first row directly on the go turn in the direction of the chief, marched by the shortest route approach (run up) to him, staying two or three steps, please report on arrival.
For example: "Comrade captain. Private Petrov on your order has arrived" or "Comrade Colonel. Captain Sidorov on your order has arrived."
8
When you return Stroy commanded. For Example, "Private Petrov. To become operational" or just "get in formation". On the command "Ordinary Smith", answer: "I", and the command "get in formation" (with no weapons or with weapons, but in the "behind the back"), attach the hand to the headdress and reply: "Est", turn in the direction of motion, the first step put your hand down, moving marched, become the shortest route to his place in the ranks.
Is the advice useful?
See also
Присоединяйтесь к нам
New advices