Red spots on the skin is not only unpleasant, but also dangerous symptom, often indicating the presence in the body of the pathology. In the course of diagnostics it is necessary to consider number of spots, their size, shape, presence of additional signs. Skin rashes can be symptoms of minor allergic reactions, and can also indicate the development of serious, can not be completely cured of the disease. 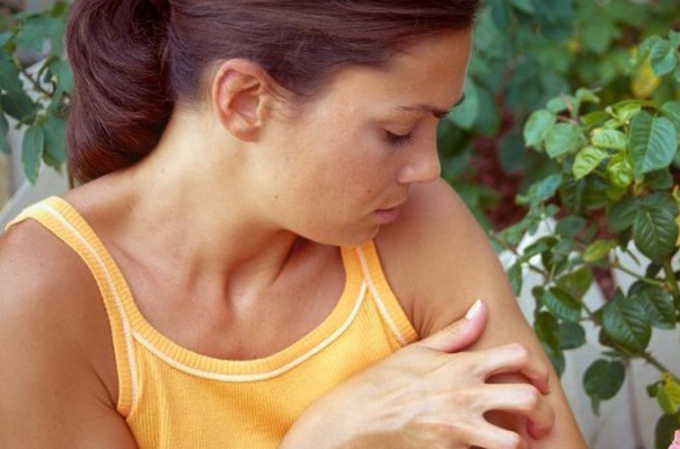 Red spots on the skin: diseases of the

There are a few of the most common pathologies, accompanied by the appearance on the skin rashes in the form of red spots.

1. Psoriasis is a chronic autoimmune disease that affects the human skin. The characteristic symptom of psoriasis is red scaly skin plaques that occur on various parts of the body and is often accompanied by itching. The disease also can affect the scalp and nails.

2. Eczema – an inflammatory skin disease, the basis of development which are occurring in the body, autoimmune processes, allergies. The reason for its development may be heredity. Eczema is accompanied by small red spots on the skin, itching, peeling. The disease is chronic in nature.

3. Red circumscribed spot on the body can be a symptom of a rapidly transmissible fungal infection – trihofitii. The most famous name of the disease like ringworm. Characteristic rashes occur in place of the introduction of the fungus into the skin, it is usually one or several spots of regular shape, with uneven color.

4. In addition trihofitii, there are the following types of herpes: pink, multi-colored, zoster, red flat. For all these diseases characterized by the appearance of red rashes on the skin.

5. Scabies is rapidly transmitted infectious disease, the causative agent of which is the itch mite (sudene). The main symptoms of scabies are red causes the strongest itch spots appearing in the navel, between the fingers, on the elbows. The itching tends to worsen at night.

6. Atopic dermatitis is an inflammatory, non-infectious disease, accompanied by the appearance of plaques on the body, the fluid-filled papules, severe itching, redness and peeling of the skin. Pathology of the more vulnerable children.

7. Among the reasons for the appearance of red spots on the skin separately isolated infectious illnesses – chickenpox, measles and scarlet fever. Unlike skin infections, these pathologies are accompanied by pronounced symptoms, particularly fever, weakness, headache.

Varicella or chicken pox in various parts of the body are formed filled with turbid fluid formation of papules. Initially, these formations have the form of small red spots, localized mainly in the abdomen. The rash of chickenpox apply to the scalp sometimes affects the mucous membrane of the oral cavity.

The occurrence of measles in more vulnerable children. The disease begins with the appearance of symptoms of intoxication of the organism after 4-5 days of its development on the body emerge bright red, merging together spots.

For scarlet fever is also characterized by the General intoxication symptoms, fine rash in the form of small dots of pink or red. Localized rash in areas of skin folds on the face.

Other causes of red spots on the skin

Skin rashes in some cases are a reaction of the organism to any stimulus: food, cosmetics, household chemicals, perfumes, medicines, etc.

This symptom does not always indicate the presence of any disease. It can be triggered by prolonged emotional stress, stress and also bites of different insects, which is especially important for warm season.
Is the advice useful?
See also
Подписывайтесь на наш канал