Where better to relax on the Azov sea with the child

Rest on the Azov sea allows you to enjoy swimming in warm water, visit mud baths, and have a great time with family and children. The Azov sea is not very deep, and its shores are sandy. 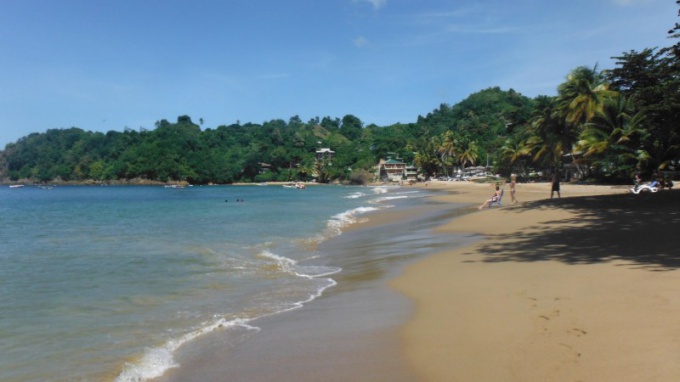 Related articles:
Russian Azov sea resorts attract tourists a large number of sandy beaches with gentle sunset in the water, which is especially important for young children. Located near beaches, sanatoriums, resorts, children's camps and resorts. Healing-Wellness resorts of this region is based on mud baths and bathing in mineral springs. Curative effect have and water of the Azov sea, mist at the bottom of this sea is full of mineral salts.

In this resort town, located on the shore of Taganrog Bay, a well-developed infrastructure. There are all conditions for rest with children. The city built a water Park, Dolphinarium and Oceanarium. Along the coastline of Yeysk there are both sandy and stony and pebble beaches. For vacationers with small children the resort has children's beaches, where kids can build sand castles, collect seashells, and swim in the shallow water.

This major resort city located on the territory of the Rostov region. A holiday here will appeal to those who are interested in not only the beaches but also all sorts of excursions. The city has many museums, galleries and historical attractions. Taganrog is an excellent choice for a family holiday. There are Aqua-parks, playgrounds, cinemas and concert halls.

The beaches of Taganrog is mostly sandy. The city beaches are equipped with changing cabins and sun loungers. Also equipped beaches rental equipment for water sports and children's rides (slides, trampolines). Like all the resorts of the Azov sea, is a gently sloping approaches to the water, and the sea is shallow off the coast.

In the city the beaches are quite crowded, so lovers of peace and solitude are invited to relax on the wild beaches, which in Taganrog a lot.

This small town is not popular with tourists. But that's what he and attractive. There are no noisy entertainment venues and large hotel complexes. And private accommodation will cost much cheaper than in Taganrog and Yeysk.

The beaches around this town are sandy. The sea is shallow, so children here can swim, even if they don't know how to swim. During storms, the water off the coast is muddy, which scares off some vacationers. Gray cloudy appearance of the water give mineral suspensions, up from the bottom. It should be noted that bathing in such water is very useful because it is rich in calcium, iodine and other trace elements.
Is the advice useful?
See also
Присоединяйтесь к нам
New advices