When to go to the sea of Azov with children

Azov sea is quite shallow and warms up sooner than the Black. So to go on vacation with children is possible not only in late July - August but in June and even may. 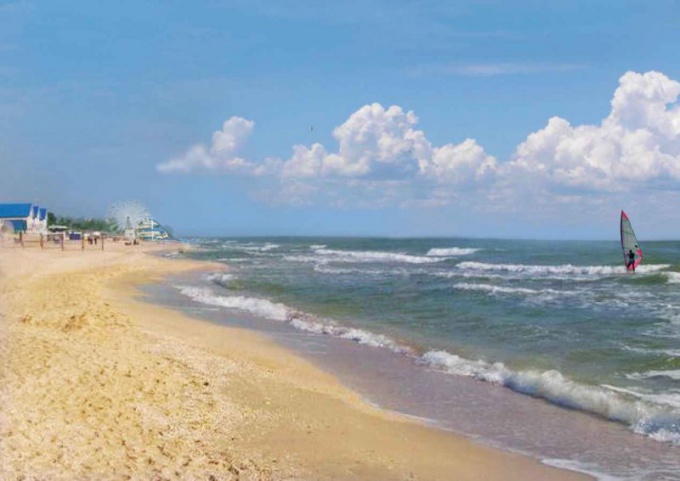 The climate on the Azov sea from the black sea differs significantly. It is more dry due to the fact that the area is located among the steppes. Therefore, on the Azov sea is often hotter, and the water warms up much faster.

In warm years the water of the Azov sea warms up to 22-23 ° at the end of may. However, children under seven to ten years, it may seem cold. Therefore, if there is no problem to the child's temper, or a baby prone to respiratory diseases this month on the basics of better not to go.


The water in the Azov sea is not as salty as in the Black, so will not damage the skin, even the smallest.

In June the water temperature in the sea of Azov reaches 24-26oC, depending on the weather. In rainy years it warmed up slower. But in June begin to ripen the first fruits and vegetables, which are very useful for children. In addition, it is not so hot as in July and August, the heat is transferred easily enough. And the prices for rent of real estate in June lower than in the second half of the summer. That's why this month, families with children often choose to rest on the Azov sea.

The only negative of the Azov sea is monotonous coastal landscapes. There are no beautiful mountains like the Black sea. But it is more likely to upset parents than children.

In July, the water in Azov becomes very warm. It reaches a 27-29оС. This temperature like very much very young children. They will dabble in shallow water for a long time, not freezing. But in the second half of July on the coast is often too hot. Therefore, resting with infants or preschoolers, do not walk on the beach between noon to four PM. Kids can get heat stroke, which is accompanied by very unpleasant symptoms - severe headache, fever, nausea and vomiting. If you want to go out during the day, it is obligatory to wear a hat and slather skin with sunscreen with a high UF factor.

By the middle of August heat on the Azov sea subsides, and the water remains warm. So this time is optimal for families with children on the coast. No longer suffocating heat, with the sea a fresh breeze blowing. The only downside to this period - in some places on the coast begins active growth of algae. They are not dangerous, but to walk into the sea, filled with various plants, not very nice. Children may not like the feeling of touching something to the skin in water. But there are always the beaches clean of seaweed, so before leaving you can find out which area is better to stay.
Is the advice useful?
See also
Подписывайтесь на наш канал