Where to go to relax in Ukraine

When talking about holidays in Ukraine, first of all, remember the Crimean Peninsula, with its stunning scenery, warm sea and numerous attractions. The Crimea is so rich in different architectural and historical monuments that vacationers unwittingly stuck with the decision of where first to go and what to see. 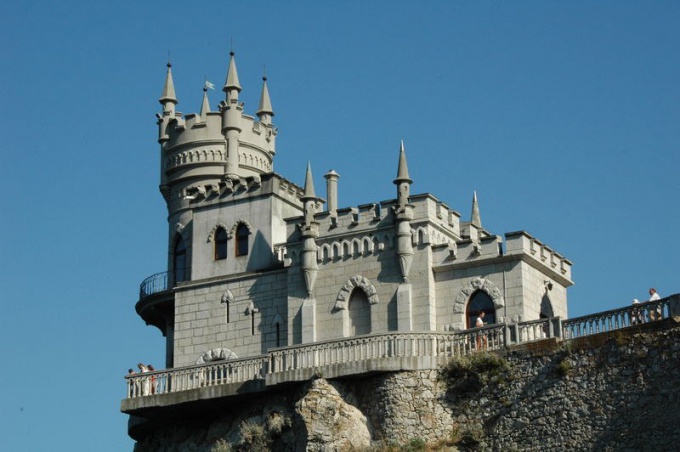 Related articles:
Instruction
1
The nature of Crimea is rich and diverse. Mountain landscapes and canyons bordered by the picturesque rivers and waterfalls. The unique geographical position of the Crimea and favorable climate conditions determine the uniqueness of flora and fauna.
2
In the historical heritage of the Crimean Peninsula contributed each intersecting its territory of peoples and civilizations. The result of this are appeared numerous cultural and historical monuments.
3
Southern coast of Crimea is famous for palaces: Vorontsov, Massandra, Livadia, Yusupov, as well as swallow's nest and the Palace at Cape Plaka. These buildings represent a historical value and of great interest to science.
4
Will be interesting to visit famous parks: Gurzuf, foros, Miskhor, Villa with Park "Charax". In Yalta is a famous seaside Park Nikitsky Botanical garden. The lovers of cultural sightseeing will be able to visit the house-museums of Sergeev-tsenskii, Chekhov and Lesya Ukrainka.
5
The Eastern coast of the Crimea is rich in natural attractions. Especially impressive are the mountains Sokol and Karaul-Oba, Golden Gate of Karadag. Here is located the ancient city - the Genoese fortress in Sudak and Yeni-Kale. Famous place of the Eastern Crimea is the settlement of the New world with his factory of sparkling wines.
6
Western coast of Crimea is famous for places like mosque Juma-Jami, the ancient settlement Kara-Tobe, the temple of the Karaite Kenasa, the ancient city of Kalos Limen in the black sea.
7
Vacation in Ukraine is not only limited to the resort area of the Crimea. All fans of educational travel will not leave indifferent a visit to ancient city and capital of Ukraine - Kiev. It is particularly interesting for excursions include the city's many attractions.
8
Kiev-Pechersk Lavra is a large monastery complex, which is a historical monument of world importance. For the first time this monastery is mentioned in the Chronicles of XI century, according to which the Lavra was founded by a monk of Holy life Antony. The aboveground part of the Lavra complex includes 15 churches, including the famous Cathedral of the assumption. The underground part consists of caves which are relics of the glorified saints.
9
Extraordinarily beautiful St. Andrew's Church was built in 1749 by the architect Bartolomeo Rastrelli. It is located on a high hill on the banks of the Dnieper and rises above the historic district capital – Hem.
10
Interesting and the house with chimeras, architect Gorodetsky. Feature of this house is the fact that it is located on the cliff shore of the swamp Goat that was extremely difficult for successful construction. The interiors and the facade of the building is decorated with quaint figures of animals and sea monsters. Sketches Gorodetsky sculptural works were executed by the Italian master Elio Sala.
11
Holidays in Ukraine opens for tourists a lot of opportunities of learning about new places, bright impressions and positive emotions.
Is the advice useful?
See also
Присоединяйтесь к нам
New advices