Where you can inexpensively relax on the Azov sea

Warm Azov sea every year attracts thousands of tourists. One like swimming in the shallow azure waters. Others prefer sunbathing on the sandy beaches, stretching for miles. Some are interested in the opportunity to improve your health and relax at the same time. The bulk of tourists from the former Soviet Union Azov sea attracts by the opportunity to inexpensively relax. 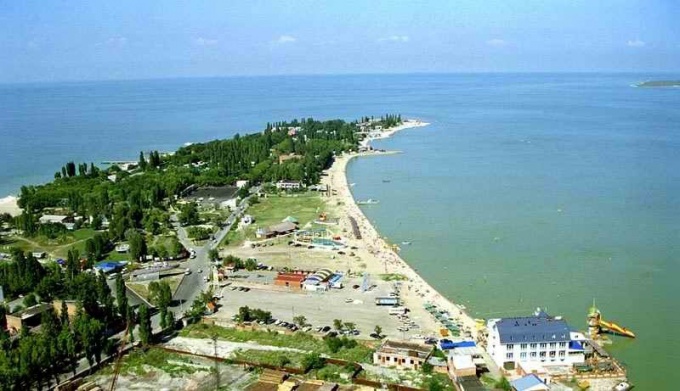 Than a good rest on the Azov coast

Those wishing to relax on the beach enjoy stretching along the coast multimeter sandy beach. Dreamers from the tops of the craggy cliffs to watch the sunsets. There is something for everyone and people leading an active lifestyle and who want to combine rest with treatment.

Place for an inexpensive vacation

Those who can't afford to rest on expensive resorts, choose places and resorts cheaper. Where to look:


Arabat spit. The sunbathers will enjoy relaxing on the Arabat spit. Is a sandy spit with a length of over 100 km, separating the sea of Azov and the Gulf of Sivash. The Northern part arrows built guest houses and resorts in various price categories. Among them "coral", AzovRoyal, "Arabesque" and other places of recreation. Owned beaches equipped with rides. In the coastal cafe, you can cool off with chilled drinks or ice cream. For those who like to relax, "savage", it is preferable to stay on the southern part of the spit. There is a lesson to cyclists and for fishermen. The cost of a room in the private sector from 250 rubles.

Rest in Kerch. Due to the fact that pensions in Kerch are not so many gathered there, one should be concerned about booking accommodation. Moreover, tourists are always enough. People are attracted to the low prices and the sights of the city. If you want you can find cheap housing. Kerch – the city is quite old. So here is how the ancient monuments and fortresses, and the catacombs of the war years. In moments of relaxation between sightseeing, you can relax on the Sunny beach. The cheapest apartment will cost 250 RUB per person.

Shelkino. Kerch is situated to the West of the village of Shelkino. He is not so famous among the resorts of the Azov coast. Because housing prices here are more than acceptable. Moreover, after closing the Kazantip festival tourists even in season, not very much. But there are secluded coves with beautiful beaches. Economy vacation will cost 200 rubles.

Taganrog. Rest in Taganrog, too, can be relatively inexpensive. This year a one-room apartment will cost from 600 rubles per day. Rooms in a private sector rented from 350 rubles.

Yeysk. On the Azov sea coast in Eysk is considered the largest resort. Beaches the city offers a variety of attractions. For children will have fun at the water Park and Dolphinarium. The cost of housing starts from 350 rubles for accommodation in the private sector.


The cheapest is the rest "savages". Not everyone agrees on such a pleasure. But impressions after this much more than after the rest of the civilized. You choose!
Is the advice useful?
See also
Подписывайтесь на наш канал