Why is there black bars on the monitor of the netbook

Sometimes laptop users even with careful treatment with the device one may find that appeared on the display strip, and of course the urgent problem need to solve. 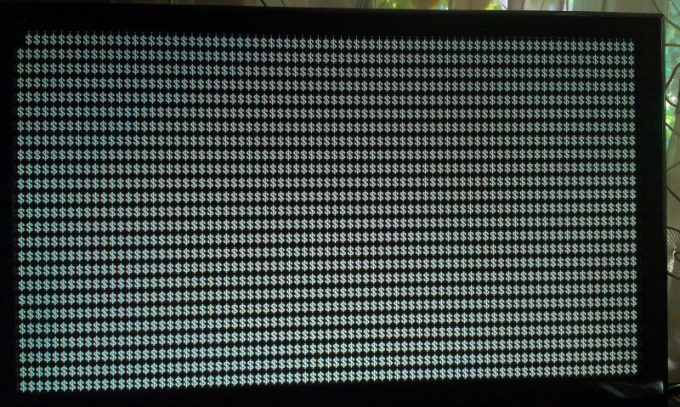 The cause of the problem

First, it is necessary to tell that the stripes on the laptop screen can occur in the following cases: if there is a fault in the video card, if the failed matrix or its plume. Unfortunately, if in your particular case it turns out that the reason will be directly in the matrix of the laptop, it will have to be replaced. Some other solutions to such problems in this case. Repairs shall be made with the help of experts in the appropriate service center, as doing it yourself is highly undesirable, as it may damage the new matrix. In order to find out the cause of the problem, should pay attention to what disturbances occur on the screen.

How to solve the problem?

If the problem was in the plume of the matrix, then you'll see colored vertical lines, and if you connect the computer to the monitor through a special cable, these bars will disappear. A malfunction of the matrix indicate the following display settings: vertical white stripes, a black bar appears with ripples, as well as inversion of the image on the screen. In addition, the fault matrix indicates the appearance of black stripes, often translucent, and if the netbook will take a certain position, the screen may even turn black. The malfunction of the chip point appeared on the screen interference (artifacts) in the form of red, blue horizontal lines or colored squares, dashes across the display, and if the same interference image on the external monitor appears without any distortion, and the position change of the screen and the bending does not affect the image.

Black streaks may occur on the screen if your device is equipped with two graphics cards, like nvidia optimus, which have automatic switching, and the setting of the video card is not the point of scaling. Accordingly, the absence of this paragraph, and the scaling is the cause of the black bars. If, during the operation of the computer or games, the black bars do not appear, and arise only when you play a video, it means that the problem is your playback device (the video player). In addition, if the black bars occur when you operating system startup and during its operation, then you should reset the settings in the BIOS on standard.
Is the advice useful?
See also
Подписывайтесь на наш канал