How to remove screen lock

If the message "the Computer is locked. To remove the lock administrator" can be caused by several reasons, one of which is the use of a damaged or non-existent program splash screen. 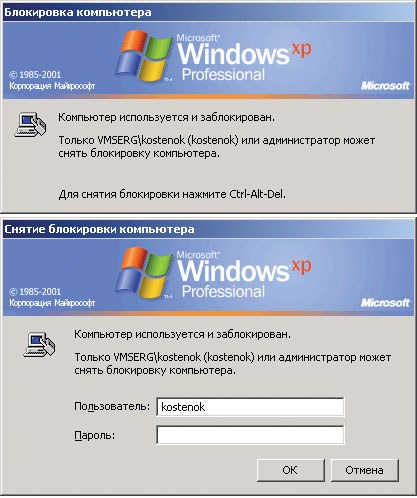 Related articles:
You will need
Instruction
1
Perform the simultaneous pressing function keys Ctrl+Alt+Del to unlock the screen of the computer when the message appears stating that the computer is blocked dominates and use login and password of the account the most recent user of the computer.
2
Confirm your selection by pressing the OK button, and wait for the window "unlock computer".
3
Re-pressing function keys Ctrl+Alt+Del and log into the system.
4
Use the utility turn off the computer from Microsoft Windows Recource Kit for the dialog "system shutdown" in case of impossibility to identify the user that has locked the computer.
5
Do not proceed until the new dialog box "Windows Operating system".
6
Perform the simultaneous pressing function keys Ctrl+Alt+Del to the initiation of the screen saver screen and perform the procedure of entering the system.
7
Click "start" to bring up the main menu of the operating system Microsoft Windows XP, and click "Execute" to initiate the changes corrupted splash screenthat is causing the blockage screen of the computer.
8
Type regedit in the Open box and click OK to confirm the command, the tool has run "registry Editor".
9
Expand the registry branch HKEY_USERS.DefaultControl PanelDesktop and select the option Scrnsave.exe.
10
Open menu "edit" the toolbar editor window and select the Edit command.
11
Enter a value for the logon.scr in the text box and confirm the command by pressing the OK button.
12
ScreenSaverlsSecure specify the parameter and return to menu "edit" the toolbar editor window. Select "String".
13
Select "String" and type 0 in the text box.
14
Confirm your choice by pressing the OK button and close the tool "registry Editor" to apply the selected changes.
Is the advice useful?
See also
Присоединяйтесь к нам
New advices