How is ringworm in dogs

Ringworm - a contagious disease that occurs when the skin of a number of fungi Microsporum. The infection is adapting well to the new environment, so shingles is very common. 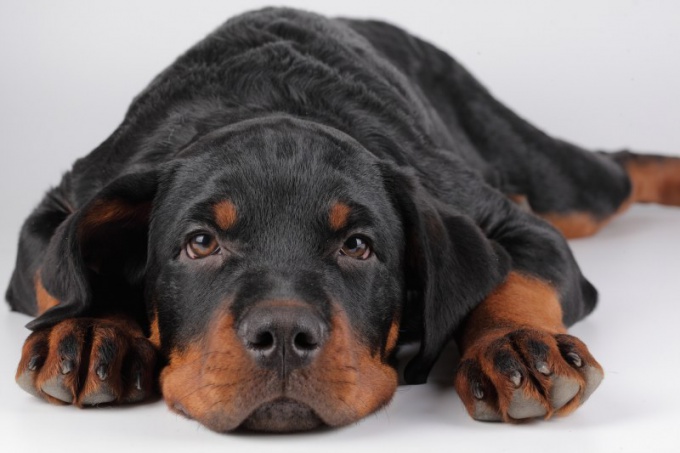 Ringworm in dogs appears as a result of contact with a carrier of fungus. After playing with a sick pet dog becomes a carrier of infection. The clinical picture can occur immediately, the fungus in this period is a secret threat. Ringworm is dangerous to humans, cats and other Pets.

The incubation period of infection can last from several days to several months. The dog first a rash, then get the wool, the skin appears dry crust of red color, it may ooze pus. The receding hairline often has clear boundaries. It's hard to miss. Changing the dog's behavior. She begins to scratch the affected areas, to behave restlessly. Ringworm most often appears behind the ears, on the head, at the base of the tail, on the bottom of the legs.


When the fungus gets on the skin, it penetrates deep into the epidermis. If the environment is favorable for development, the lichen grows in the first symptoms appear. Begins to fall out of the coat because hair follicles are damaged from lack of nutrition. Throughout the body starts an inflammatory process that weakens the immune system, the dog becomes lethargic.

To protect the dog from the terrible scourge will help annual vaccination of the following medications: Poliak-TM", "Mentawak" and "Wandern". During the walk you need to monitor your pet that he is not playing and not fighting with stray dogs that may be carriers of the disease. Spores can exist even in street and house dust, so the dog is always under threat of infection. Infection long to be concealed in the upholstery, the carpets where dust will accumulate. Can suffer and the man himself, contracted from his pet. At the first sign of depriving the dog should be prevented from communicating with other members of the family, allocate a corner and do not give to walk around the apartment carrying the infection. Be as early as possible to show pet veterinarian.


There is no need to euthanize the sick dog. There are ointments, vaccines, to return the pet to his former life. During treatment it is necessary to accordingly prepare the diet that the dog received all the necessary vitamins and minerals that will help restore a weakened body and fight the infection. The house should always be wet cleaning and disinfection. Thoroughly wash bowls, toys and recreational dog. The purity is taken care of with the utmost care during the treatment of dogs that the spores of the fungus re-entered. Don't forget to wash your hands after contact with sick animals.
Is the advice useful?
See also
Присоединяйтесь к нам
New advices