How should looks the puppy Alabai

Homeland Alabai is Central Asia. This breed is known from ancient times in Afghanistan, Turkmenistan, and Kyrgyzstan. These dogs are guards, and guard the property of man, their territory, and are used to guard flocks of sheep. 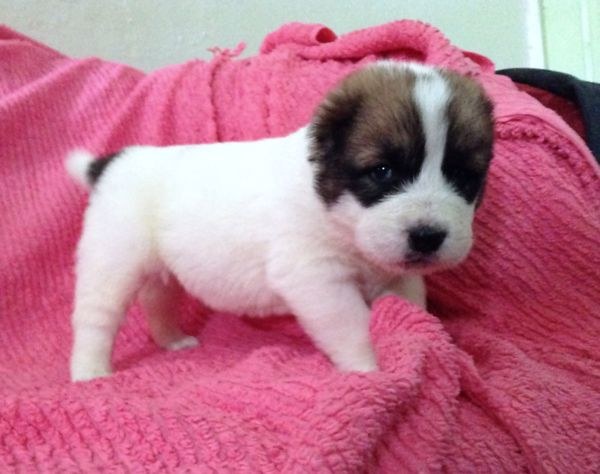 Related articles:
Instruction
1
This breed, like Alabai, actually no, it's a title that was once received by dog Central Asian shepherd dog in Turkmenistan in dog fights. These dogs were later crossed with other breeds, mastiffs, Rottweilers, because people wanted to make a fighting dog. Then began to appear alabais, which is a lot written and said.

These dogs Central Asian shepherd dog at withers up to 70 – 75 cm, bitches 60 to 65. They weigh an average of 80 pounds. But these dogs are compact, wiry, have good endurance and ruggedness. In Central Asia their shepherds do not feed, and the predator dog will get, they eat.
2
Now in Vogue white alabais, at least, many are buying such puppies, but it's not really their color. Almost all the white alabais withdrawn by artificial means. Color, which is characteristic of the Central Asian shepherd dog is a black, grey, brown, fawn. Also red, piebald, brindle, or speckled. The possible combinations of white and brown, white and black and other colors.

The head of the puppy Alabai massive, broad, it has a flat forehead. Go to the snout from the forehead is not expressed much. The nose is large, usually black or brown. Eyes, usually dark, round, separated from each other far away. Small ears, low set, characterized triangular shape. They are usually cropped.

The body of the dog powerful, the neck short, the chest is broad and deep. Back straight, broad and strong. The stomach of the animal slightly picked up, the croup is wide and muscular. Strong legs, the backbone is very powerful, oval and compact. The dog's tail is usually docked, animals keep it low. The coat is rough, straight and hard. There is a thick undercoat.
3
When choosing a dog it is necessary to look not primarily at the puppy and its parents as adequate dog. You should pay attention to their working qualities. Were they really working, or sitting in a cage, and are the only exhibition dogs.

Real alabais - bold and decisive. They are comfortable with the people, not attacking the person. If on-site, which protects Alabai, will appear a stranger, the animal will not throw and bite man, it's just him cornered and will have to wait until the owner. If the thief runs away, Alabai will not haunt him.
4
Those big dogs that sell many breeders die early, they are prone to diseases of the joints. The dog itself is powerful, but her legs cannot withstand the weight of your own body. A keep vitamins, therefore, it is not a completely natural dog.

Very many years many breeders in the Ukraine and Russia spoiled the breed. In Chelyabinsk, for example, tied bitch Alabai with the South African Bourboule. You can imagine what happened to the puppies. From alabais that have been bred by man, constant problems with the feet, they have dysplasia and other defects.
Is the advice useful?
See also
Присоединяйтесь к нам
New advices