Currently, table tennis is well-known and very popular sport. For such entertainment does not have age restrictions, not important to prepare the participants and their physical data. The meaning of table tennis are clear: you only need to throw the ball with racket over the net on the table. The rules of the game are quite simple. 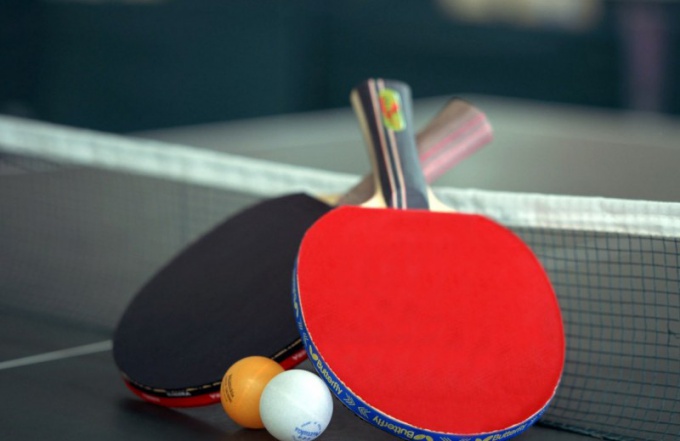 What you will need for playing table tennis

Playing table tennis can carry two and four participants. For it will need to find the ball, table, net and 2 bats or go to the gym, specially equipped for this game. The cost can vary, but usually it is small.

Game rules table tennis: what you need to know

Before a game of table tennis players decide who will own the right of first filing. It is often used a lot. Sometimes, however, carried out a series of attacks, the results of which player scored the ball becomes the pitcher. After filing the ball must fly without hitting the net, to get to the enemy and 1 time to bounce, and then it can be repelled.

When flow needs to be together with my racket behind the rear line of the table. If for any reason (usually inexperience) was made to flow with the go or on the table, it is seen as wrong. If the ball when serving, touched the grid or it stands, the supply repeated, but the point is not charged. In addition to the total time of the game, "periodici not restricted.

Immediately after the bounce of the ball, served on the side of the table player, he needs to recapture to the side of the opponent. This is the whole process of table tennis. This game is until until someone of the participants will not be mistaken or he will not be able to hit the ball on the opponent's side. As a rule, beginning players the rounds are very fast, but on the world stage of professional athletes sometimes are truly fierce battles.

For every mistake the player's opponent receives one point. In addition, conditions to obtain the points in table tennis can be:
the reflection of the ball since the summer (not waiting for bounce);
- foul on the pitch;
- your opponent didn't receive the ball;
the reflection of the ball off the table;
- the enemy several times touched the ball when pitching;
the opponent caught the ball on the racket and threw it back to the opponent;
- the opponent touched the net while hitting.

The right to serve shall pass from one player to another every 2 filing.

The rules of the game of table tennis include the victory of the player who managed to score 11 points before your opponent. The margin should be at least 2 points. If in the course of the game the score was equal to 10:10, the participants after each points change right feeder until you beat the opponent by 2 points. After the game the players change sides and the right of first filing. The game itself consists of 5-7 such parties.

Table tennis is very energizing and good for morale. This game has a lot of tricks and techniques. It is also possible the use of professional sports equipment. For example, rackets of various price categories and manufacturers may differ in their parameters, which will necessarily affect the game.

Not surprisingly, more expensive equipment is more preferable, because it allows you to do different tasks and curl, which can and must defeat their opponents right from the first submission.
Is the advice useful?
See also
Подписывайтесь на наш канал