How to play the painted poker

Strictly speaking, be called painted poker a type of poker not this gambling card game is a unique combination of the "thousands" and "preference". And its name came from the rules: one of the players in the party paints bribes, and accumulated points. 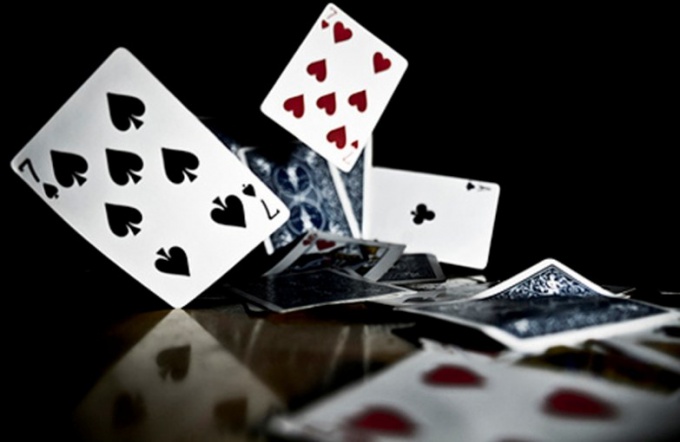 Related articles:
You will need
Instruction
1
To play painted poker will need a standard deck consisting of 36 cards, or 54 cards. In the first case advance players choose the Joker, usually a low card, for example, six or seven of spades. In the second case, you use 2 jokers. In addition, should prepare a sheet of paper and draw on it the table to which you will need to make accumulated points during the round. 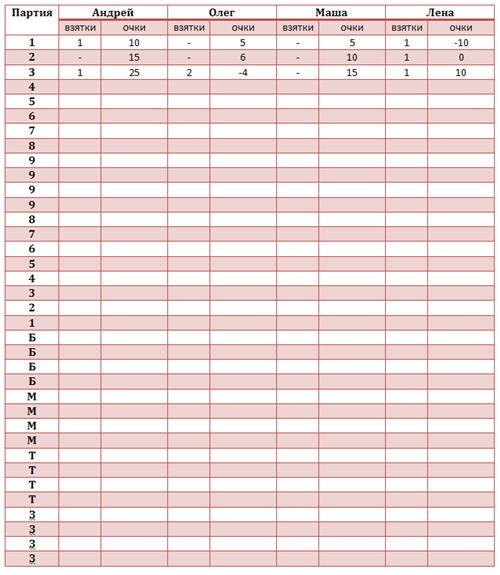 2
Before the game, determined by the dealer card dealer, which in turn gives way clockwise. Then the first round begins and all participants are dealt one card. In the second round is dealt two cards, the third three, fourth four, etc., incrementally, depending on the number of players. After that, the distribution of cards in the reverse order, i.e. descending - four, three, two and one.
3
Painted poker all the cards are the same as in any other games. The oldest - the ACE, the youngest - 6. A trump card beats any card and a Joker - the trump. Importantly, the participants went in the suit. For example, if the player came with dozens of diamonds, and you have to walk around with a tambourine – throw or beat. If a card suit not, should trump. And only if no diamonds, no trump cards allowed to put any.
4
Evaluating your cards, the participants determine how many tricks they can order. The greatest number of tricks that allowed to enjoy, not to exceed the number of cards in his hand. When ordering, first the amount of bribes belongs to the player who sits to the left of the dealer (dealer).
5
Painted poker points are distributed in accordance with the number scored by a player bribes. If the party ordered a certain number of bribes and the money he took, he receives for each of them by ten points. When iterating bribes the player is charged one point for each. The shortfall is deducted by ten points for each gleaning bribe. If a player in the auction did not order any bribes, i.e. "pass" and performed "pass", he will receive five points.
6
Painted poker hand wins the player who will score a set number of points very first. As you can see, painted the poker game interesting, uncomplicated and gambling. It allows you to pass the time in the company of friends over a party or two. The cards in your hands!
Useful advice
It should be mentioned that painted the rules of poker may vary, since the parties can pre-negotiate terms, which will happen this game. Also, there are specific varieties of painted poker - for example, Georgian or circular cards. However, there are versions of the game are rare.
Is the advice useful?
See also
Подписывайтесь на наш канал