How to count cards

Whist – a card game, which became widespread in Russia in the mid-nineteenth century. Predecessors of preference are European whist and Ombre, right known as the birthplace of the game have France or Russia – this fact is not fully understood, but historians are inclined to the second option. Play preference usually two, three or four people, a larger number of players robs the game of dynamism and drive. 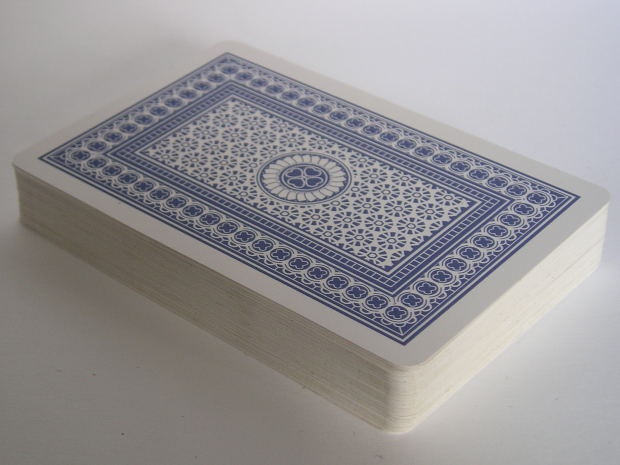 Related articles:
Instruction
1
The game uses a deck of 32 cards (sevens to aces in each suit), the suits have a hierarchy and the following increase-highest peaks – the first, clubs second, diamonds third, hearts; fourth. The participants must be also marked in a special way a sheet of paper, the so-called bullet. The pellet divided into three areas that capture points needed for calculations, the bullet, mountain and whist. To understand how to count preference during and at the end of the game, first you must first learn the rules of preference.
2
The game begins with the dealer, the player shuffles the deck and deals in pairs each player 10 cards, 2 cards are placed in the Talon. If three players, then in the Talon is not the first nor the last pair of cards, if four – the last two cards. Forth between the players is auction. The participants declare the application in a clockwise direction, the first claimed by the player sitting after the dealer. Bargaining begins with a minimum of game 6 of spades, each player in the game calls the higher or passes. Accumulated amount of bribes determines the type of the game.
3
There are three types of preference: a trick-taking game, the "all pass" round and minuscule. Each type has its own characteristics. Playing bribe, the player who won the trade, agrees with a certain trump card or to take a certain number of tricks. He takes the Talon, discards two extra cards and making the order announces how many tricks he is going to take and the trump card, if played with him. You cannot order less bribes than was announced in bargaining. The other players combine against the winner, each of them decides if it will pass or vistovat. Whist party also orders a certain number of tricks. If Vista all the players, then the game is closed, if only one, the cards are placed openly on the table and the player plays for themselves and for passer participants. The goal is to recruit the ordered number of bribes and, if possible, to prevent the enemy to do it.
4
The game minuscule is what winning trade the player promises not to take any bribes. The opponents play in the open without an order, and they must force the player to take as many bribes as possible. The player takes the Talon, opens all your cards to your opponents, then closes them and drops 2 unnecessary.
5
In that case, if at the time of trade all players pass, then played the "all pass" round. Each participant plays for himself and tries to take the minimum amount of bribes. Cards when the all-pass games setting determines the suit of the first two bribes or owned by the dealer, if four players. In game two the Talon doesn't open.
6
The drawing of a bribe takes place in preference in the following way: the players in the order put on the table one card. The suit asks the first member, and the rest should go cards of the same suit or trump, if given the suits they have. If there is no trump, you need to discard any card. Picks bribe the player who laid the highest card. Counting bribes conducted by their number and not depend on the value of each card in them.
7
Important preference has an account. Think of the game as follows: for a bribe, obtained in the game to bribe or minuscule, the player writes points to the bullet, and Vista party Vista to the player. Overbooking, which is also called a contract, it is dangerous for whist players, as they have to take fewer tricks than were defined under the Convention. For each violation in the game to bribe or minuscule, the players get a certain pure penalty points that are recorded in the mountain. There are bribes received for the all-pass games. Score one bullet is equal to +10 or +20 Vista. Mountain – in this field enter the penalty points that are awarded for Remizov and bribes, obtained the all-pass games. Point to the mountain is equal to -10 added. The third area is the Vista, they are awarded in exchange for bribes received by the player when pestovani and for the least amount of bribes on the all-pass games. A point in this region is 1 Vista.
8
Finish a game at cards usually only when bullet played through to the end (for certain players to limit in a pool, for example, 20), but sometimes it can be finished ahead of time, or conversely, continued. If the game is played on the money, after it received a number of whist is multiplied by a predetermined, and players paying each other.
Is the advice useful?
See also
Присоединяйтесь к нам
New advices