How to play the strategy

One of the most popular genres of computer games is the strategy. Everyone wants to try yourself in the role of the ruler and, driving thousands of army to lead their country to success. Strategy allows you to change the history of the world or invent your own. The ability to control many units at once gives a more global opportunities in the game. But often the question arises how to play the game and develop strategies. 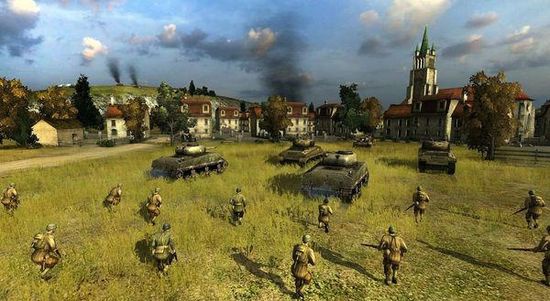 Related articles:
Instruction
1
Game world of most strategies is divided into several parts - it is an economic, military and social component. A wise ruler must follow the development of these components, and pump them almost simultaneously. Strategies are the basis of all resources and money, so, first of all, develop a strong economy. Even if your goal is to conquer the world, without a significant amount of money and the economy that will be able to give them, you are doomed to failure.
2
Every game has its major resources. This is usually gold, but in every game on his own. Put your emphasis on the construction of mines and special buildings that speed up production of this resource. Invest a significant portion of the money on this resource. At the same time gradually develop other industries (military, social, etc.). After you collect enough resources, and the workings of it in the maximum mode, start the development of other industries. To do it will be much easier as the base material is formed.
3
With the economy we need to develop the military sector. To start create some units to protect your developing state. Do not enter into a war and not be rude to the neighbors. As soon as the economic component is fully ready, start building the army. The bulk of the army need to create after all the improvements in military buildings. But if your units automatically moderniziriruyutsya with the improvement of technology, the army can be create immediately. Create different number of units. Strategies for every soldier there is another soldier who is stronger than him. But that soldier is the enemy. So use the strengths and weaknesses of units is reasonable.
4
Developing the social component of the game, keep in mind the interests of the population. The more the Governor will please his subjects, the more they will love it. Ideally, all of your buildings and infrastructure must be developed maximally. Only then the population will be enough. In some games people might rebel because of the war. To avoid this, reduce taxes, build special buildings (prisons). Arrange holidays, if this allows the game.
Note
If you like strategy you will like this category. We have gathered for you the best war games. We also have a strategy in which there is no violence. No matter what type of game you like the most in this category you will surely find the game you want to play again and again.
Useful advice
Fun online strategy games and tactical games for children and adults. This section is fully dedicated to online strategy and tactical games. The strategy I like to play both adults and children. Offer not to stay with a choice since all the games are very interesting and colorful. I hope that our tactical and strategic games online you will like.
Is the advice useful?
See also
Подписывайтесь на наш канал