How to win the fool

If at the beginning of the game, your opponent bounces trumps, most likely in the cards he plays bad. And if he still goes with trumps – feel free to take them, try to nekozyrnoj cards you tossed large. The next move better to beat. But in this case, to win the fool is not a problem. But if the players got experienced? 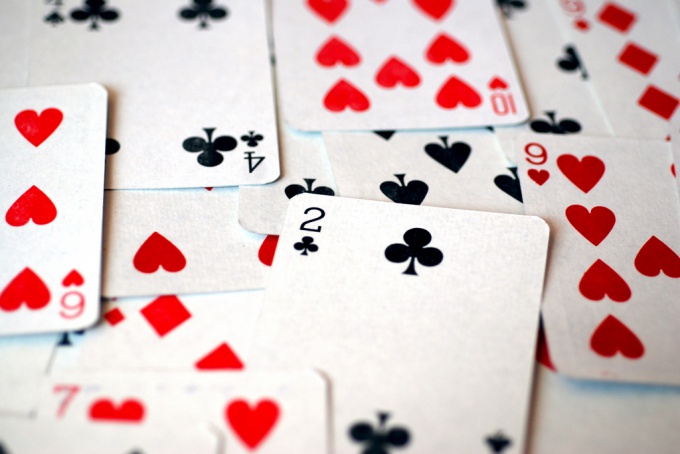 Related articles:
Instruction
1
Try to fend off possible those cards, which have several. For example, if you go seven and you have two tens and eight, ten otbeytes better. Then the card you just settle with a lower probability.
2
Try during the game to get rid of low cards and not hold more than two cards of the same suit (unless, of course, not the cards). Otherwise, you can not fight back.
3
To force the enemy to get rid of the trumps is one of the most effective skills. If you have multiple cards of one no trump suit, go younger. It is possible that the enemy will no cards to fight back, and he will either take or kicking the trump card. If the opponent threw a major trump card, not "pinch" him, tossing another card. Let trump go to the "Bito".
4
Bluff. About it also do not forget. Let's say you play with multiple opponents and you have 3 trump card – the king of clubs, nine of clubs and seven of clubs, provided that the ACE of trumps is not you. You went diamond ACE – complete nine. The following map and answer the king. Players will think that trumps you have, so throw some trump ACE that you beat off seven. This technique should be used with caution and not too often, because it works not always.
5
Well, the most important skill that will enable you to win the fool, is memory cards. Remembering the cards that have been out of the game, you can count your moves more carefully. In addition, by the end of the game you'll be able to even count how many enemy cards and what they are. And this is a definite advantage.
Useful advice
To win the fool, trump, remember the cards, bluff card game
Is the advice useful?
See also
Присоединяйтесь к нам
New advices