The most prestigious universities of the Ministry of interior

On the territory of the Russian Federation, there are 20 higher educational institutions of the Ministry of interior. Among them three universities, 5 academies and 13 universities. Further branches were opened universities in different cities of Russia. 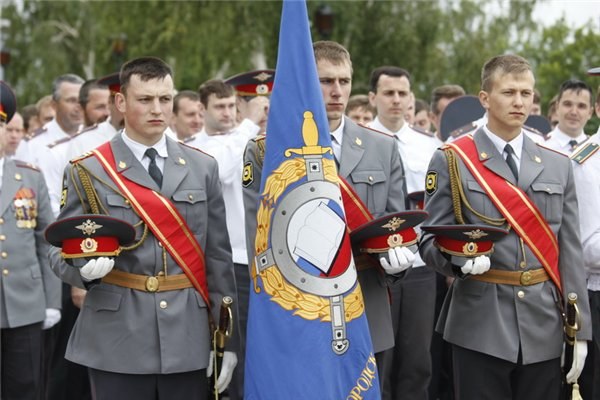 Related articles:
Instruction
1
The prestigious University is the Academy of the interior Ministry of the Russian Federation, which prepares managers and staff officers for the territorial bodies of the Ministry of internal Affairs of the state and military forces. Also training scientific-pedagogical and scientific personnel. The University produces professionals who combine deep professional knowledge, moral qualities. Branches of the University opened in Ufa and Essentuki.
2
Saint Petersburg University of Ministry of internal Affairs of the Russian Federation — educational institution that deals with training, the training of staff for bodies of the MIA of Russia and foreign countries. Previously, the University was the Highest political school of the Ministry of internal Affairs of the state. On its basis was established the first University in the system of internal troops. The main areas of study are Humanities and social Sciences, pedagogy and education, management and Economics, information security, military education, computer science and engineering. In the Kaliningrad branch of the University.
3
In the far East is one of the best educational institutions of the Ministry — the East Siberian Institute of MIA of the Russian Federation. The University is located in Irkutsk. Students get education for law enforcement, judicial examination of the right of national security. The Institute was successful in establishing cooperation with foreign States: conducting joint scientific conferences, theoretical seminars and research. Also carries out exchange of law enforcement professionals from the United States. The leadership of the Institute pays special attention to sports. Some students are participants of the Olympics and the World police games.
4
Among the entrants popularity of Ural juridical Institute of MIA of Russia, which is located in Yekaterinburg. The University has such departments as "training of investigators, Training of criminal police and public security police", "law Enforcement". Also have departments of distance learning and additional professional education. The University has a graduate school. The mission of the Institute opened in Kurgan.
5
Nizhny Novgorod Academy of the MIA of Russia — a leading Russian University, which prepares highly qualified specialists for work in bodies of internal Affairs. The Academy has 6 faculties and 2 branches in the cities of Kirov and Saransk. For admission to the Academy must pass the entrance exams in social studies and physical education.
Is the advice useful?
See also
Показать еще
Подписывайтесь на наш канал