How to learn solitaire

Solitaire will not only help to obtain a positive or negative answer to your question, but to pass the time on the road. First, learn how to lay out a simple solitaire and then move to more complex. 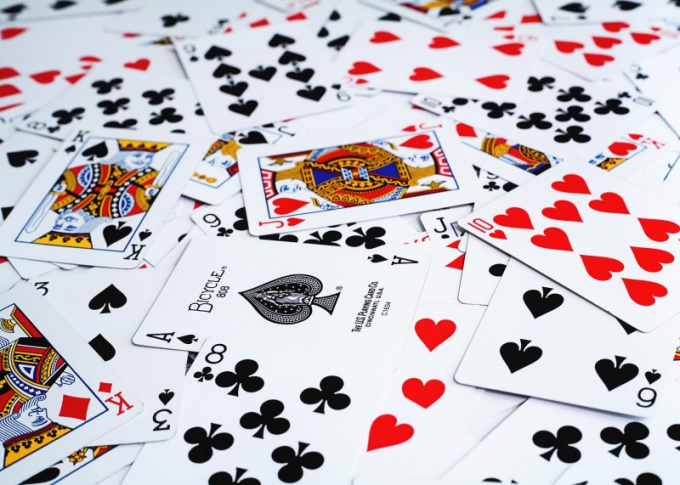 Related articles:
Instruction
1
To learn solitaire better with one of the simplest options. Take a deck of cards consisting of 36 pieces. Better if she's not playing, and is designed specifically for divination.
2
First shuffle it. At this time, verbally or out loud (if you guess alone) ask the cards a question that you can get a definite answer – positive or negative.
3
Arrange the cards in 4 rows of 9 units each. Put in horizontal order. When in the first row will have 9 cards, then proceed to the second, and so proceed until the table will not lay down all the cards face down.
4
Express in his hand only the last, the 36th card. Let's see what it shows. For example is ACE. Then put it in the first row at the leftmost place. If it is, for example, a lady, arrange it in the same row but on the third place. The latest in this horizontal chain place for six.
5
If it is already occupied by six other suit, then put the second number under it. As a result, you should be formed 4 series of cards and each one in its place. If it failed, all 4 of the six have already taken their position, and still have a lot of cards lying face down, it means that the desire is not fulfilled. In that case, if they are lying face down, left turn over these instances. It turned out that all the cards are on their place? So, to your secret question you get the answer: "Yes."
6
You can slightly complicate this game, if you put it on the stripes. The top row is one, the next another suit and so on.
7
After a simple solitaire, you can move on to more complex, but no less interesting. Put the 5 rows of cards so that the first (top) consisted of 5, second 4, third 3, fourth 2, fifth 1 piece. But that's not the whole alignment. All the cards are put face down, and the last all the ranks of the top picture.
8
You can now use easy and sophisticated version. At first, you can put cards of any suit on top of each other, second only alternating red and black suit.
9
Once you have laid 5 rows, look at the open instances. For example, in one of the lines lies the six of diamonds and the other seven of clubs. Put her on the six and open the card now instead of six the last in the series.
10
If no matching cards, discover them one by one from the remaining deck and place those copies in the ranks to which they are appropriate. If you pulled a king, designate a separate place on the table. On him lay the lady on her jacks, then ten and so on. Six put the ACE.
11
You managed to gradually collect all 4 suits in four piles from king to ACE? Solitaire converged, then the wish will come true or you are waiting for a positive answer to your question.
Is the advice useful?
See also
Подписывайтесь на наш канал