How to put "scarf"

"Klondike" is one of the most popular solitaire games in the world. Despite the fact that for a long time there is a computer version of the game, put "Scarf" with a standard playing cards is also quite fun and not difficult. 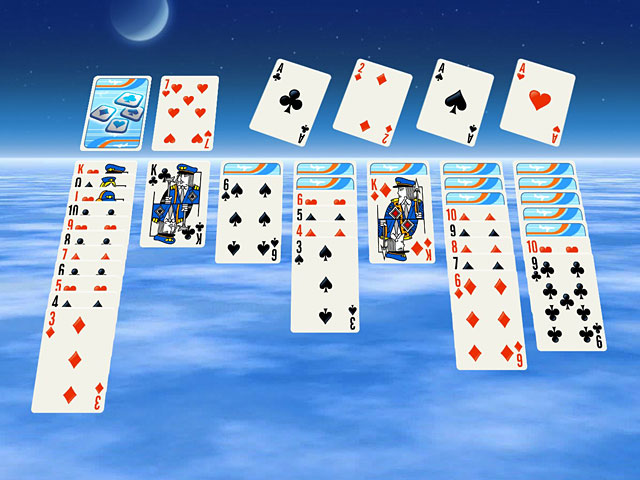 Related articles:
You will need
Instruction
1
Take a deck of 52 cards, shuffle thoroughly and start to decompose it into seven piles, with the cards face up. In each subsequent stack must be on one card more than the previous. So, first the stack needs to lay only one card, the second two, the third three, and seventh – seven. The rest of the deck until set aside.
2
Turn over the top card of each pile face up. If among the seven cards will be aces – remove them and put them separately on top of the stacks. The objective of the solitaire is to put on each of the four aces all cards of the same suit in ascending order, i.e., from two to king.
3
The map, which will be the top in the stack after removing the ACE (or any other card), you can flip the picture up and use in game. For example, if it is two, it can be put on the ACE of the corresponding suit. If removed, the map will be the last in the stack, then the resulting empty space you can put a king of any suit.
4
In order to open the bottom of card stacks, the top can be put on top of each other in descending order with alternating colors suit. For example, on the black ten, you can put the red nine. The resulting sequence of cards can also be transferred: for example, the top ten together with nine can be shifted to the Jack. A sequence of cards starting with a king can be passed on free space remaining after using all the cards from the deck.
5
When all the possible actions with the cards of the stacks will be made, take the remaining part of the deck and place it face down. Open one card and use these cards in the scenario – collect a growing sequence of each suit, folding card is an ACE, or match the sequence of cards in the stacks. When the entire deck is open, you will be able to turn all unused cards face down again and start opening them one by one. To use the deck as many times as possible until all cards are aces. Then the solitaire will be considered decomposed.
Useful advice
There are several ways to complicate solitaire. For example, you can limit the number of usages of the deck to two or three times. You can also open a card from the remaining deck not one, but three, and at once to use in game will be only the third card only in the event of her withdrawal it will be possible to use the second.
Is the advice useful?
See also
Присоединяйтесь к нам
New advices