How to play "the drunkard"

"Drunkard" is one of the simplest card games. Winning is not dependent on player skill and ability to do calculations. Players lay out cards blindly, but the winner is the one who will gather the whole pack. 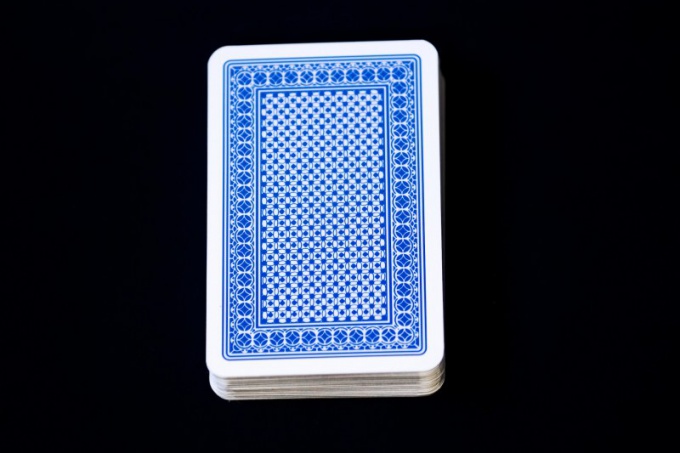 Related articles:
You will need
Instruction
1
Swipe the drawing and select the deliverer. Throw the lot in any way – with the help of rhymes, tossed up the coin, squeezed in the fist of the subject, etc. Seat players so that you can clearly define the clockwise direction. It is best to sit around the table. However, the table can be conditional – slip Mat on the beach or a napkin in a train compartment. If players only two, can be removed from the deck of 36 cards six. For a large company is more suitable for a deck of 52 cards.
2
If the lot to take a deck you fell, well shuffle the cards, slide the deck and deal all cards to the players. To deal the cards you need in the clockwise direction starting from the player left of the deliverer. Players must lay down cards in a pile without turning them over.
3
Identify the cards. It is normal. The highest is an ACE, then king, Queen, Jack, ten and so on to sixes or deuces. In some versions of the game deuce or hit six aces, but in relation to the other cards they are the most Junior. This point needs to be discussed beforehand. Trumps in this game.
4
This round begins with the deliverer. He, without looking, takes the top card, turns it and puts it in the middle. The following players are doing the same. Bribe takes the one whose card will be older than others. He should put the cards under the bottom of his pile face up, not stirring.
5
It may happen that in bribes will be two or even three cards of the same rank. In this case, the players with the same card have the right to put another card. The trick is won by the one whose second card. It is considered a great luck, because the stack of the winner of this round increases by one card.
6
It may be that cards of the same rank will be the players last. In this case the trick is won by the one who put my card before, that is, the player sitting closer to the deliverer, when viewed clockwise.
7
The game continues until anyone of the players runs out of cards. This participant is eliminated, the rest move on to the next round. It begins with the player to the left of the deliverer the first round. The second round is no different from the first, except the number of players. There are cases when no further action after exiting the game one participant is taken, the circle just goes on and on. The game continues until, until someone of the participants do not gather at all the cards. After this "drunk" you can begin again by returning to the circle of all players.
Useful advice
There is a computer version of this game. Rules similar to those that apply to normal games.
Is the advice useful?
Присоединяйтесь к нам
New advices