How to win in Spider solitaire

The game "Solitaire Spider" is very popular. It differs from regular solitaire is that it contains cards of two decks. Master solitaire is actually quite simple. As in any other game, there were certain strategies and tricks that will help you win. Before you begin, carefully read the rules. Will read the goal, read the information about the peculiarities of the playing field and criteria scoring. Tips on the game will increase your chances of winning. 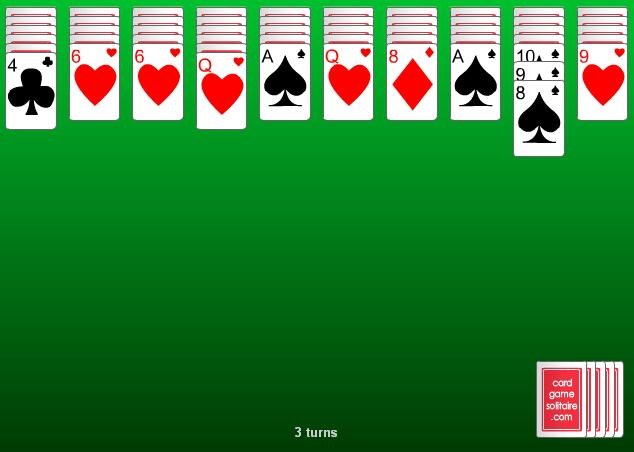 Related articles:
You will need
Instruction
1
If possible, always put the next highest card for a card of the same suit. Lay out the rows of cards of the same suit. It's still pretty hard playing on a high difficulty level.
2
New map means new opportunities for manipulation. Clear at least one column of the playing field. Card on it, remove other columns. Then receive a new card, lying face down. Always whenever possible, unlock new cards.
3
Use the empty space for columns in order to store the collected sequence of rows. It is very convenient.
4
Collect a sequence of cards starting with cards senior dignity. In this case, you will have more chances to build speakers in the future.
5
Do not rush to resort to another new cards are dealt from the column in the lower right corner. Before this action make sure you were able to use all the possible good moves to reorganize the cards. Open hidden cards, if possible.
6
Fully assembled sequence of cards moved to the bottom left corner of the field. After removal of the collected reorganize the sequence of the cards remaining on the playing field. Make a new sequence.
7
If you play on medium or hard difficulty level, try not to put a card on another suit at the nearly finished sequence. This will prevent the moving column, as well as the formation of the sequence to the end.
8
Save the game. If you made a few mistakes, replay. Also during the game you can undo your previous bad moves with Ctrl+Z.
9
Practice more often. Start playing on the lowest difficulty level, then go to medium and high levels.
Note
You can use the tips offered by the game itself.
Is the advice useful?
See also
Подписывайтесь на наш канал