How to put card solitaire

The history of playing cards dates back several centuries. Today to play this exciting game can not only through the card deck, but with the use of special computer programs. How to put card solitaire? 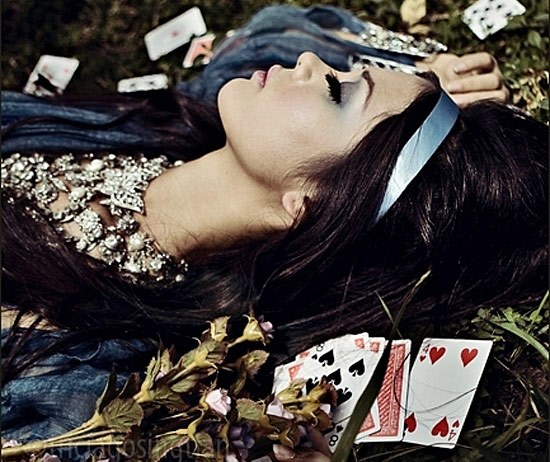 Related articles:
Instruction
1
Almost all card games and their computer analogues exist as far as modifications. However, it is better to start with the simplest and most common options.

The purpose of almost all card games of this type is to clear the playing field. As a rule, to solitaire with a deck of 52 cards. Before solitaire should be thoroughly shuffle the card deck.
2
The Solitaire


Lay the deck into seven piles from left to right so that in each of the next stack was for one card more than the previous. In the leftmost stack must lay one card in the next two, etc. Cards are arranged face down.

Turn face the top card in each stack. Set aside the remaining cards.

Let's see if among the open cards aces. If there is, put them in a separate row at the top and open lying underneath the map. The purpose of solitaire is to collect all the cards by suit, in ascending order on separate aces.

On the table cards are put in descending order, alternating red and black stripes. If the cards in one of the piles over, at this place you can put a king. 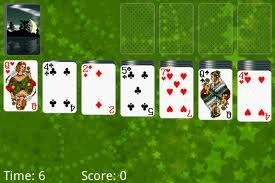 Lay on the table a pyramid of cards, turned face-up, so that each subsequent row of cards is half overlaps the previous one. In the top of the pyramid must be one card, second row two, third three, etc. until the last, seventh series. The remaining cards are set aside in a pile, face down.

Give the cards a numeric value. ACE - unit, Jack - 11, Queen - 12, king - 13. The rest of the numerical values of the cards correspond to their face value. Cards are removed from the base, in pairs. The total score of each pair should be 13. For example, eight and five, deuce and spades, etc. the Only exception is the king - he doesn't need a pair, it removes one. Suits do not matter. Removed the cards in the deck will not be returned.

The purpose of solitaire is to clear all cards by pairs. After you have removed all the cards start to flip through one card deck. Make pairs of cards of the deck and the cards spread out on the table. If you managed to find a pair of initially open all the cards - solitaire converged. 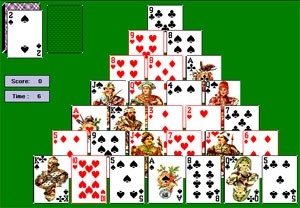