How to play Spider solitaire

When installed on a computer operating system, Windows automatically downloaded some games that the user can at any time to play and a break from the main activity. Especially popular are the various card solitaire games, including the game "Spider". 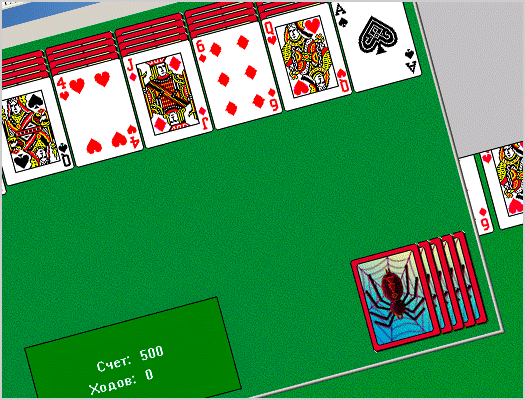 Related articles:
You will need
Instruction
1
To access this solitaire, click the "start" section of "All programs" and click "Games" in which you will need to click on the word "Spider". For ease of access to the game using the right mouse button you can pin program shortcut on the taskbar or in the start menu. Also you can on the desktop to create a shortcut that will greatly facilitate the start of the program.
2
The purpose of solitaire is to try as quickly as possible to move all cards available cards in sequence from ACE to king. The game involves two decks. The time for deliberation move is not limited, the number of steps should be minimal. The less moves, the higher your score and the number of points.
3
After starting the program in the beginning of the game you need to choose the level of difficulty. In "the Spider" has three: with the same suit - for beginners, two suit – for fans, the four suits – for professionals.
4
The first option is the easiest. Therefore, beginners are recommended to choose this method. Although it will not be easy. Because the cards do not always fall as it should to the player. Frequently the following scenario could seriously damage your entire combination. But it and game.
5
The second option, using the cards of two kinds, much more complicated. The goal is the same: for the least number of moves to collect all the cards. Use solitaire cards in four suits is considered the highest degree of difficulty. This game is designed for professionals, beginners to overcome it is not easy.
6
The cards of one deck are arranged in ten rows. In the first four piles of six cards, in the remaining columns. In the beginning of the game are only ten cards. Forty cards, which were not included in the layout, are in the bottom corner of the playing field and used as needed. When all possible moves, just click on the deck, which opens another row of cards.
7
While playing on the desktop have to be all ten rows. If any column is left blank, you will not be able to open a card from the bottom of the deck.
8
In case of difficulty you can use a hint, which will indicate which cards need to move.
9
The game is finished when all cards are removed from the playing field or will have exhausted all possible moves.
Is the advice useful?
See also
Присоединяйтесь к нам
New advices