How to become a test pilot

Test pilot is a pilot who is trusted to sit at the helm of the new models of aircraft. This work is honourable and dangerous. You need to know and be able to manage very different flying technique, to quickly navigate, sitting in the cockpit of a brand new aircraft. 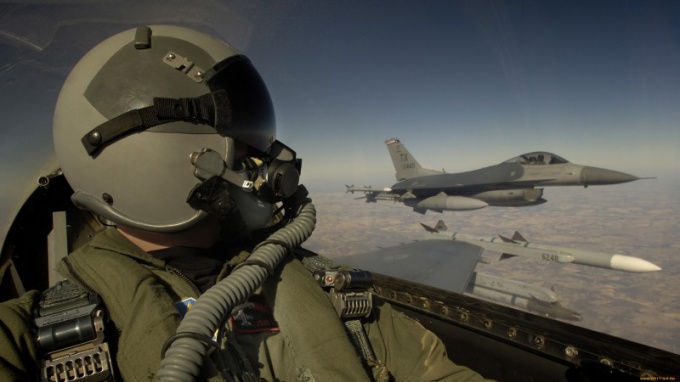 A test pilot can be only educated in one of the aviation institutes and colleges. They are civilian and military. The most famous aviation Institute for civil MAI. To enrol, you must provide the following documents:

– certificate of completion of eleven years of secondary school or diploma from the flight school;
– certificate of the Unified State exam;
– medical certificate (form No. 086/u);
– certificate of a citizen subject to conscription (military service registration certificate or military ID (only for men from 18 to 27 years);
– passport (copy and original);
– photos – 3x4 or 4x6, black and white, 6 PCs

You must also have good knowledge in physics and mathematics, as at admission are conducted supplementary exams in those subjects.

Train pilots and military institutes and colleges. They are located in Irkutsk, Ulyanovsk, Novorossiysk, Krasnodar and other cities of Russia. For admission to each of these educational institutions need a set of documents, a list of which can be clarified by phone. Phone numbers of universities and colleges can be found at reference sites.

After the desired University or aviation school, you must be a current pilot and fly a certain number of hours to be able to get a second degree in "test pilot".

Test pilots – where they are prepared

Test pilots are required in military aircraft and civilian. Prepare them school of test pilots. In Russia only two in Zhukovsky near Moscow and the city of Akhtubinsk. To enter there, you must have a degree in engineer-pilot, and preference is given to applicants who graduated from school with honors. Also the exam is allowed only pilots after a certain number of hours. In this age of the applicant should not be older than thirty-one years. With each entering school interview. In addition, future test pilots undergo special psychological tests, which aim at identifying readiness for this challenging and dangerous work.

Training school test pilots carried out within one and a half years. During this time, future professionals fly on the twelve types of aircraft equipment and also learn various exercise machines. By the end of this course, students will know how to determine flight characteristics of aircraft, and can fly all types.
Is the advice useful?
See also
Показать еще
Присоединяйтесь к нам
New advices