How to use a compass

A compass is a device with which you can determine directions, memorize your route and then go to the right place. It is very useful, but only if you know how to use it. To master the handling of this device is easy, but for training just in case make one more walk in a well-known area. 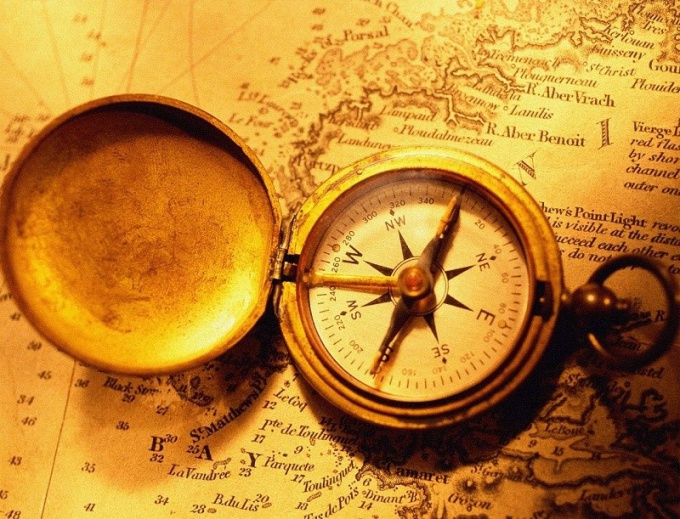 Compass allows you to determine how you are positioned relative to the cardinal directions: North, South, East and West. As a rule, a compass with two arrows, and North is marked in a special way. It can be blue, be shorter or have the shape of an arrow. It happens that in the compass of just one arrow, then it always indicates the North direction.

Usually the compass has a small lever, which is locking, you prevent the movement of the arrow. Lock the compass when not in use.

To use a compass is possible only if it is strictly horizontal: the arrow should not touch the glass or the base of the device. The deviation at any angle affect the accuracy of the compass, as the physical forces acting on the arrow no longer be balanced. Down the device and any metal objects, the proximity of railway tracks or the presence of nearby power lines. To use any of the compasses that are embedded in various metal objects: watches, the handle of the knife and so on.

Every compass from time to time need to check. With this, you should start your hike. Never forget to check your compass before you hike, it is very important, otherwise you risk to seriously get lost.

Will razmazite device horizontally. When the pointer stop moving, bring it to a metal object. As soon as she starts to change dramatically remove the metal. If the arrow is returned to its original position, all right. Just in case, bring the object to the compass a few more times with other parties.

Define the reference point to which you want to return. It is desirable that it was an extended object, such as a road, river or railway track. The object should be extended, as any compass has an accuracy of 1-3 degrees.

Select a landmark, then get away from it at right angles. Turn around to face him. Unlock the compass and position it horizontally. Now wait for the arrow rest, turn the unit so that it coincided with the North (the sign N – north, not S – south, sometimes Russian-speaking people get that mixed up).

Now mentally draw a line in the desired direction. You can use a pen or a stick for convenience. Remember, better write down the degrees from zero (point North), in the clockwise direction. This is the point to which you want to back – azimuth. The figure on the opposite side – direction of travel. Remember you need him, too.

Each time, changing the direction notice guideline and remember the coordinates of the direction and azimuth. Try to choose large targets.

To go back, place the compass horizontally to a line from the center to the azimuth was directed straight ahead. Now turn on its axis until the pointer is aligned with the North. As soon as it happened and the arrow has calmed down, go straight. Reaching the landmark change of direction, repeat the same thing again, taking a bearing from that point.
Is the advice useful?
See also
Подписывайтесь на наш канал