Compass is a reliable assistant of the tourist, fisherman and hunter. It helps to feel confident even in an unfamiliar forest edges. Having the skills to work with this device, you can navigate the terrain, choosing the right direction and not risking to get lost. Travel magnetic compass cheap, practical and simple in its design. 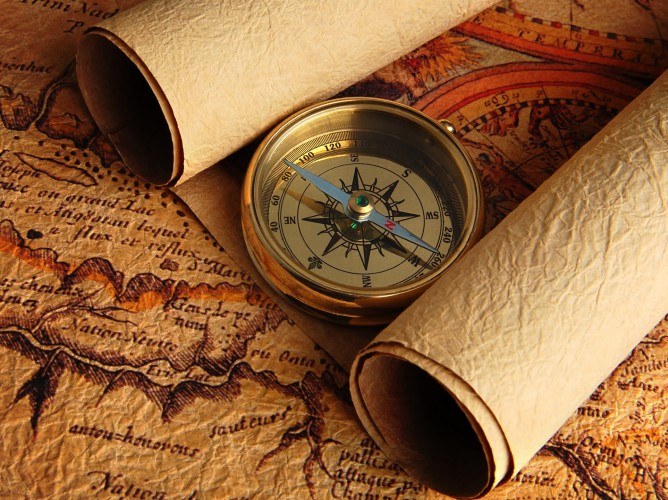 Related articles:
Instruction
1
A traditional magnetic compass designed for tourists or hunters, in appearance resembles a large wrist watch. Its body usually has a rounded shape. The upper part of the compass covered with glass. Under it is a flat disc with the applied a circle with tick marks. The disk may be divided into 360 degrees, or 120 parts. In the second case, the price of one division is equal to three degrees. The disk contains also the letters indicating the part of the horizon.
2
In the center of the disk is fixedly mounted needle which is free to rotate the arrow of the magnetic material. As a rule, the compass is equipped with a special brake lever which locks the arrow in a stationary state, when the device is not in use. Before use, squeeze the lever, after which the magnetic needle becomes in a free condition, one end pointing North, others South. To facilitate the pointing of the compass on the reference point, the device supply sighting.
3
Compass military purposes resembles a tourist, but can be composed of a ruler and an additional scale on the disk, marked in thousandths of a radian. Typically, such devices produce in a metal case. Sighting device here has a more impressive look and enables simple survey of the area. The military compass can be equipped with magnifying lens for examination of cartographic materials. Such a device allows to determine the direction of movement with greater accuracy.
4
There are special compasses for geologists. This is a professional device, usually equipped with protection against adverse external influences and additional scale, directed counterclockwise. It also has a built-in clinometer and other useful accessories, which can, for example, to quickly determine the angles of occurrence of the individual geological layers. Geological compass may be accompanied by a rugged case that protects the unit from shocks, and therefore essential for transportation.
5
For river and sea vessels, and aircraft is usually set so-called gyroscopic compasses. This massive device can be of various shapes and sizes. Such a device has a high resistance to vibrations, pitching and deformation. Compass of this type has a built-in gyroscope, so it shows the true and not the magnetic pole of the planet. In everyday practice travel enthusiasts to deal with such devices have rarely.
Is the advice useful?
See also
Подписывайтесь на наш канал