How to know the azimuth

Everyone at least once in my life had to walk in the woods and think about what to do if you get lost. To navigate the terrain can be different, a lot of ways, the most common are the compass and visible objects surrounding countryside. 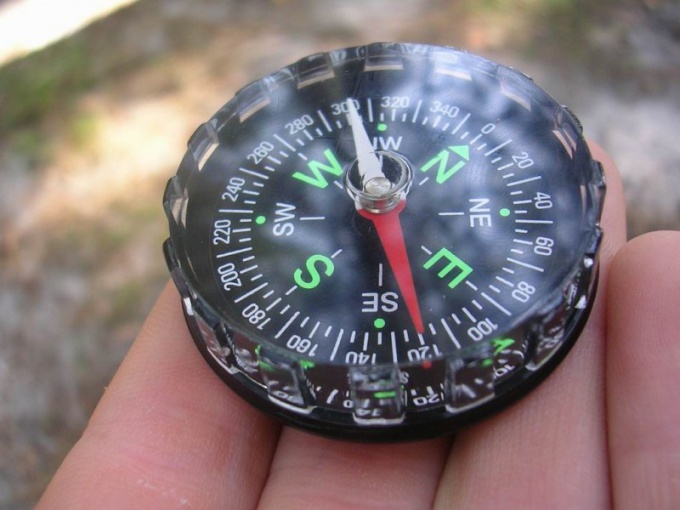 Related articles:
Instruction
1
The azimuth is the angle formed between the direction of any visible object area and the direction of the North. The Azimuts is calculated clockwise and the value is from 0 to 360 degrees. To determine the magnetic bearing of the object, take a compass and stand facing the designated object.
2
Put the compass on a horizontal flat surface face up and turn left, then right, until the arrow of the compass the magnetized end will not install in front of the letter S. This is the direction of the North.
3
Now on the glass cover of the compass, place the match so that one end of it passed through the center of the compass, and the other would be focused on selected subject areas. View through the glass on the bottom of the compass and read the number that is under the outer end of a match. This figure shows the value of the azimuth.
4
The azimuth can be determined even on the map. To do this, place the side edge of the card compass, turn the map so that its side edge coincided with the direction of the magnetic compass to the North. The top edge of the card must be on the letter C. Then locate a point on the map which you want to start a movement, join it by a straight line with the object to which you want to come. After you move the compass so that its center was on the point of origin. Hell on the map will be located opposite certain of the numbers on the compass, which will show the azimuth value.
5
The azimuthcalculated from the point of standing in the subject area, known as a direct magnetic azimuth. To find the way back, often using the notion of inverse azimuth that is 180 degrees different from the direct. To determine back azimuth, it is necessary to direct the azimuth, add 180 degrees, if it is less than 180 degrees; or subtract if it is greater than 180 degrees.
Useful advice
It is not recommended to raise the compass to eye level - the measurement accuracy is reduced.
Is the advice useful?
See also
Подписывайтесь на наш канал