How to learn to use a compass

Modern navigation devices are becoming more available. However, the ordinary compass is still popular, and he has a lot of advantages. The most important thing is that it works without batteries. Accordingly, there is a certain guarantee that the appliance will operate all the time while you are in the field. To learn to walk in azimuth, it is sufficient to understand how it works the compass. 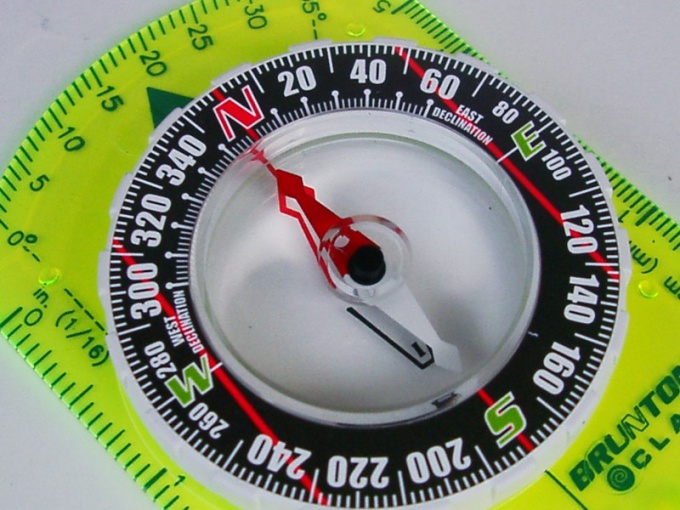 Related articles:
You will need
Instruction
1
Learn how to determine the compass North. Typically, this device has a long arrow with two edges. One end of it points North, the other South. The one that North always marked. It can be blue - then South painted red. There may be other designations.
2
Consider limb. It stands for side light. North Russian is written With a "j" or Latin "N". This mark is always there. On the opposite side, respectively, will be "s" or "S". If you stand facing North, left is West and right is East. They can also be marked on the compass corresponding Russian letters or Latin "W" (West) or "E" (East).
3
Consider carefully the limb. It is divided into 360°. This is necessary in order to determine the angle between the North direction and the fact that you're going. Compasses can be of different designs. Some models have an extra arrow that allows you to lock the angle. Other modifications have compass - a device that resembles an optical sight, allowing a better focus on the object. But all magnetic compasses work on the same principle.
4
Give the compass steady horizontal position. Wait until the arrow rest. It will happen fairly quickly. Gently rotate the instrument to the direction of the arrow coincides with the letter "s" on the limb. Select the direction in which you need to go, and a landmark. It should be a visible fixed object - any structure, a kind of tree. Aim at the object and notice the angle between the directions. If you have a map, Orient it the same way as a compass, and mark the path of the object, denoting the angle. In the absence of the card, record the direction in Notepad. You are unlikely to get to the desired object in a straight line, since the path can meet, buildings, streams, or ravines that have to be circumvented. When they reached the desired point, select the next landmark, and again determine the angle between the directions to him and to the North. To return you the records or on the map.
Note
A magnetic compass cannot be used near power lines or large clusters of metal - for example, on the railroad tracks.

The compass should be periodically verified. Bring to lying horizontally the compass for a moment, the needle. If the arrow will react - so it's all right. In order to check polarity, put a compass next to the attorney. The direction of the arrows must be the same.
Is the advice useful?
See also
Подписывайтесь на наш канал