Why not start the scooter

An important advantage of the scooter is its modesty. Standard fifty CC engine burns not so much the fuel mixture, in comparison with engines larger volume. The scooter on its operation simple and reliable. But, despite all of its advantages, it is the same as other equipment prone to damage. 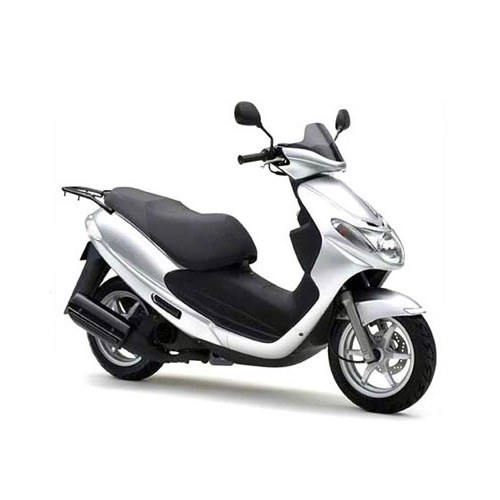 The main reasons for the failure of the scooter

There are many reasons why the scooter won't start. They include: the discharge of the battery, the malfunction of fuel and timing, deposition of soot on a candle ignition, deformation of the motor belt, the strong wear of the piston component of the engine.

Detailed consideration of each cause

The first reason is the most harmless and easier to identify. Turning the key in the ignition, simply turn on the lights or honk. When the battery is discharged, either one or the other do not succeed. To resolve this problem in two ways:

1) Attempt to start the scooter foot kick-starter that is left on the engine. In this case, the moped starts from the remaining charge on the winding of the generator and after a while the power developed by the armature of the generator and brushes, recharges the battery.

2) connect the battery to the charger for a few hours.

The charger should be set to the same amps as the battery, otherwise it will burn.

A fault in the fuel and the distribution mechanism is not always possible to correct yourself. If the scooter is equipped with injector, then roll back equipment in service, where experts with special equipment will pereproshit chip injector. With the carb situation is much simpler. Most likely the scooter will not start because of a blockage in the nozzle that can blow the ordinary automobile pump, inserting the pump valve to the valve nozzle, or you can do without it. Remove carburetor from engine, disassemble completely and rinse in petrol solution.

Soot may settle on the candle due to non-observance of proportions when mixing gasoline and special oil. But in this case, if the scooter is installed the two-stroke engine, if the engine is four stroke, the problem in the gasoline. Fill fuel with an octane rating above eighty. To solve the problem with the candle can help it burn. Remove the glow plug from the cylinder and hold it up to a flame so that the flame burned the base of the candle. After, clean with fine sandpaper and screw it back.

Deform the motor belt may due to large momentum. It is situated on the same side, where a foot kick-starter is under the engine cover. The belt is a consumable that restore is no longer possible, you will need to buy the auto parts store.

When buying, pay attention to the thickness of the cover and the diameter of the belt.

Piston component includes: cylinder, piston, piston pin, piston ring. Wear at least one part leads to the loss of power, and later simply to breakage. As for the cylinder, it is not necessary to buy new, you can counterbore the old one under repair above zero. The piston ring and the finger it is best to purchase a complete uniform for wear during engine operation.
Is the advice useful?
Подписывайтесь на наш канал