How to put a question mark

Users of certain laptops can face a situation when pressing the usual keys leads to an unexpected result and print the usual interrogative sign becomes difficult. Fortunately, there's an explanation. 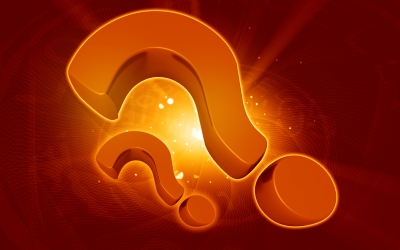 Related articles:
Instruction
1
The fact is that due to the small size of the keyboard with some keys, you can print several characters. For example, a keyboard with Russian letter "Zh" is responsible for the entry of three characters: a colon, a semicolon and the sign plus, and using the key with the question mark signOhm in Latin layout, can be printed dot, apostrophe and sign slash.
2
In practice this works as follows. To print a character or letter located in the upper part of a key, press and hold the Shift key and simultaneously press the desired button. If it prints the wrong symbol or letter, you need to change the language layout. This is done by simultaneously pressing Ctrl+Shift or Alt+Shift.
3
And if you need to enter the symbol or number (not letter), which is highlighted on the keyboard in a different color (usually blue), you should press the Fn key and while holding it, press the key with the desired letter or number. Accidental pressing Fn and Num Lock activates the input only those characters which are introduced with the Fn key. So, if you cannot print the sign issue, try pressing Fn+Num Lock and try again.
4
So, sign of a question can be put, simultaneously pressing Shift and the key with the number 7. This will only work if the Russian layout is included. To enter the same signand in Latin keyboard layout, press Shift and the key with the signom the comma, which is between the button with the letter "u" and the right Shift key.
Is the advice useful?
See also
Присоединяйтесь к нам
New advices